Die hard sports fans in some cases resemble small children who put their hands over their ears and start screaming, “I can’t hear you!” when someone tries to explain the real business of sports.

This week has not been a good week for true believers in sport. New York Yankees slugger Alex Rodriguez is suing Major League Baseball, MLB Commissioner Bud Selig, a doctor and others in an attempt to get his 211-game suspension for allegedly using drugs overturned. After all, he never failed a drug test.

While baseball fans enjoy the baseball playoffs, attorney Jeffrey Kessler is going after the cartel known as the National Collegiate Athletic Association. Kessler, who is part of the New York-based Winston and Strawn law firm, is a big time sports attorney. His role is representing college players and former college players who have witnessed huge cable TV money, along with massive dollars from advertisers and marketers flow into the college sports industry. Meanwhile, those athletes got a generous but partial annual scholarship to play sports and perhaps got an education, if football, basketball or their sport didn’t get in the way. 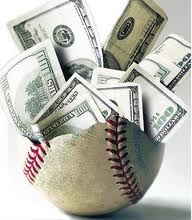 The players are not exactly indentured servants, but there are some rather strange rules that are attached to their contracts with colleges and universities. The athletes are limited to how much money they can make from outside jobs and are scrutinized if they go home for the holidays. One reason there are so many college basketball tournaments over the Thanksgiving holiday—besides a money grab from promoters and a big TV pay day for schools—is to keep the players from going home. The same holds true for football teams playing bowl games over the Christmas vacation.

The colleges are worried that poor student-athletes might be getting money from an unauthorized source to travel. That’s against NCAA rules. The NCAA has all the leverage in the relationship with the student-athletes, who make the money for the institutions.

The true die hard sports fans will cover their ears and start yelling, “I can’t hear you!” when these topics are discussed. After all, the legal system gets in the way of fans’ enjoyment of watching the games.

NCAA members (and the NCAA is run by college presidents, chancellors, provosts and other members of high academia) have taken the unpaid players likenesses and have used them in the lucrative video game market. The NCAA along with the video game maker Electronic Arts has been sued by many former athletes, including football player Sam Keller and basketball player Ed O’Bannon for using their likenesses in the games and not paying them for it. The video game company has settled with the athletes but the NCAA has not. The NCAA has ended the video games contract with Electronic Arts.

The college presidents, chancellors, provosts and others connected to the NCAA may also see lawsuits from players who claim they suffered brain injuries that may have not been treated properly during their time playing college football.

There is already some complaints from some areas of the media and the football industry that “football is under siege” because former players are going after the NFL for money because of their injuries. Football is a dangerous game, a collision game, and bodies colliding can be catastrophic.

The games go on.

Soccer’s World Cup has an image problem that the organization’s parent body is scrambling to correct. FIFA awarded the 2022 World Cup to Qatar and there are reports that Qatar is using slave owner-like methods in getting stadiums built for the event.
FIFA seems more concerned about the summer heat for the players in 2022 than the workers. There are reports that some workers have died on the job and live in awful conditions. FIFA has kept quiet about the reports of worker fatalities at World Cup stadium construction sites.

The games go on.

The 2014 Sochi, Russia Winter Olympic Games have become a political pawn. Russia’s new crackdown on gay and lesbian rights has been given the old soft shoe by the International Olympic Committee, despite the group’s lip service that all human rights must be respected in the Olympic Movement. Of course, the IOC looked the other way in the buildup to the 2008 Beijing Summer Olympic Games at the reports of human rights violations in China.

Two National Football League owners have ongoing battles in the legal system that could have an impact on their teams. Cleveland’s Jimmy Haslam’s company Pilot Flying J has been accused of bilking clients out of money. Meanwhile, a Superior Court judge in New Jersey awarded $84.5 million to two business partners who were found to have been cheated by Minnesota Vikings owner Zygi Wilf and his family out of revenues from a Montville, N.J., apartment complex for more than 21 years.

Major League Baseball is also facing another lawsuit. This time from the city of San Jose, which is suing baseball on antitrust grounds because the league has not allowed Oakland A’s owner Lew Wolff to pursue a baseball park there because it is “San Francisco Giants territory.”

This is the sports world today. For those looking to lose themselves in the enjoyment or disappoint of wins and losses, it’s a fantasy, a diversion. In the real world, sports is nothing more than a cut-throat business no matter how many times a fan covers up his ears and screams, “I can’t hear you!”

Evan Weiner, the United States Sports Academy’s 2010 Ronald Reagan Media Award winner, can be reached at evanjweiner@gmail.com. He has written several e-books on sports, including, “The Business and Politics of Sports, Second Edition,” which is available at www.bickley.com and Amazon.com.