American broadcaster NBC Universal have sold a record $800 million in advertising for next year’s Winter Olympics in Sochi and expect it to raise even further, it was reported today.

Seth Winter, executive vice-president for sales and marketing for NBC Sports Group, told Ad Age, a global source of news for marketing, that the money had been raised from fewer advertisers than for Vancouver 2010.

Winter predicted that the final total amount raised could approach $970 million, comfortably outstripping the previous record of $750 million raised for Salt Lake City 2002 and Vancouver 2010, but short of the $1 billion-plus raised for London 2012. 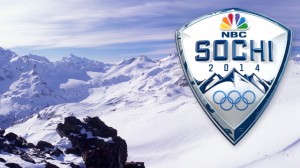 “Today we see $800 million – and we think there’s growth beyond that,” he said.Olympic TOP sponsors Coca-Cola, General Electric, McDonald’s, Procter & Gamble and Visa are among the companies to have booked space on NBC during the Games.
They have been joined by AT&T, BMW, BP, Citibank and Liberty Mutual, sponsors of the United States Olympic Committee.
The amount firms have been willing to spend on advertising during Sochi 2014 has not been affected by the recent controversy surrounding Russia’s anti-gay laws, which have been condemned around the world.”We have not seen a single advertiser fall out,” Winter told Ad Age.

“While I know all of the advertisers are concerned, and will address it in their unique way, none of them have been shy about investing in the Olympics.”

Some companies are paying more, Winter revealed, to ensure exclusivity during Sochi 2014.

“If you’re a particular company, you want to shut out your competitors – and have a sole share of voice over those three weeks,” he said.

They have been joined by AT&T, BMW, BP, Citibank and Liberty Mutual, sponsors of the United States Olympic Committee.

Duncan Mackay can be reached at duncan.mackay@insidethegames.biz. Inside the Games is an online blog of the London Organizing Committee that staged the 2012 London Games. The blog continues to cover issues that are important to the Olympic Movement. This article is reprinted here with permission of the blog editors.