After all, they are talking to each other again, and National Hockey League (NHL) boss Gary Bettman is acknowledged by The New York Times that his response to the latest proposal by the NHL Players’ Association (NHLPA) “was calm and measured, not angrily dismissive.” Having met at the League’s office in New York on Monday afternoon, members of the NHL bargaining committee and representatives of the NHLPA agreed to resume negotiations toward a new Collective Bargaining Agreement on Tuesday.

At the meeting,  the players union presented a response to the League’s offer, which had been delivered December 27. “Their response was a comprehensive one, dealing with a full slate of issues that we raised in the proposal we put forth,” Commissioner Bettman was quoted as saying on the NHL homepage. “We’re in the process of reviewing their response. We will do that tonight and our expectation is that we will contact them [Tuesday] morning to arrange to get back together – hopefully certainly by mid-day.” 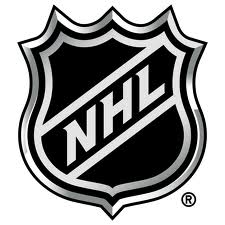 NHLPA Executive Director Donald Fehr, who was joined by six players for the Monday meeting, said: “We met for a couple of sessions that weren’t terribly long and there was something to work on for both sides. … This discussion was for us to respond and for them to ask questions and us to explain a number of the points we made. We expect to hear from them tomorrow.” Monday’s meetings came following the NHLPA’s review of the owners’ most recent proposal – a document that was close to 300 pages in length. The two sides spent Saturday and Sunday on a series of conference calls for the league to provide clarification on many of the items contained in their proposal.

According to various reports, the NHL’s latest offer would set contract limits at a maximum of six years (seven for a team retaining its own player, provided the player has been with the club for the equivalent of a full season), allow teams one compliance buyout before the start of the 2013-14 season and cap the variance on year-to-year salaries in a contract at 10 percent.

Commentating Monday’s meetings, The New York Times’ ice hockey expert Jeff Z. Klein wrote: “Bettman’s measured response Monday was markedly different from his response to a union proposal on Dec. 6, when talks broke up after an outburst between Jacobs (chairman of the NHL Board of Governors, the editor) and Buffalo goalie Ryan Miller the night before. The league’s rejection of the union proposal that day came about an hour after it was offered, with Bettman, visibly shaking with anger, saying he was ‘disappointed beyond belief’ and that all the league’s proposals were going to be pulled off the table. But on Monday, Bettman called the union’s counteroffer ‘a comprehensive response, which is why we need some time to analyze it’.”

According to the NHL homepage, Bettman confirmed previous reports that the “puck needs to drop” by Jan. 19 for the League to play a 48-game schedule this season. Games have been cancelled through Jan. 14, along with the 2013 NHL All-Star Game.