Jacques Rogge, quoted from the International Olympic Committee (IOC) homepage: “As we look back on the past year and ahead to 2013, it is also a good time to take a broader view of where the Olympic Movement has been and where it is going. 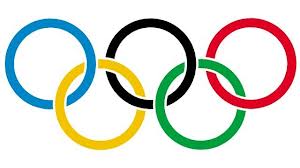 Because our Movement is rooted in ancient traditions, change tends to be an evolutionary process. It doesn’t happen overnight, and it is sometimes easy to miss. But I have no doubt that the modern Olympic Movement is stronger than ever as we near the end of its 118th year of existence.

The 2012 London Games embodied many of the changes that have brought us to this point. I have always been reluctant to declare that any Games were “the best ever”, since that is a very subjective judgment; but there is no question that the London Games successfully incorporated the policy priorities that have improved and strengthened our Movement over the past decade.

The London Games raised the bar for legacy planning; advanced the cause of environmental sustainability; set new  records for participation by women; and embraced new forms of communication to connect with a global audience in new ways.

The Games were definitely an Athlete’s Games by putting the athletes at the heart of the event, showing us outstanding performances which will inspire the next generation.

In keeping with the IOC’s zero tolerance policy, the London Games featured the most extensive anti-doping testing program in Olympic history. In another initiative to protect the integrity of sport, we expanded our cooperation with law enforcement agencies and other partners to guard against illegal and irregular betting.

Although most of the work on the London Games occurred during the worst global recession in more than 60 years, the IOC’s financial foundation is stronger than at any time in the history of the Olympic Movement.

The past year also saw new initiatives in other priority areas. We continued to build on our partnership with the United Nations. We moved ahead with a new Youth Olympic Development Centre in Haiti, incorporating lessons learned from a similar successful project in Zambia. We hosted global conferences on women and sport, as well as on sport, education and culture.

All of these milestones and events are a testament to the values and priorities of the modern Olympic Movement in this young millennium. We have accomplished a lot together, but we have much more to do in the year ahead — and I am looking forward to the task.”