There really wasn’t much of an uproar from sports fans when it was announced that a low level soccer team, FC New York, was planning to plasterRepublican presidential hopeful Mitt Romney’s name on the front of the club’s “football kit” complete with a campaign slogan. FC New York plays in what is regarded as a fourth tier league at a college stadium in Queens, New York, as a member of the 48-team National Premier Soccer League.

The NPSL is strictly a mom and pop store affair as according to someone with knowledge of the circuit’s business plan, the entire budget for a season comes in around $40,000. Someone, a Romney supporter who didn’t divulge his or her name, decided for $15,000 he should help out not only FC New York but Romney as well and buy the uniform space. FC New York gladly took the money but the team was unable to sport Romney’s name on the shirts. In football, you can plaster just about any name and sponsor on your kit except political advertising.

The Fédération Internationale de Football Association (FIFA) or FIFA’s Law 4 prohibits the use of equipment displaying political slogans or statements. So FC New York’s plan to wear the shirts with Romney across the front was scuttled and the team could not use the Romney/Believe in America shirts during a game against the New York Red Bulls under 23 team in Mineola, New York in late June. 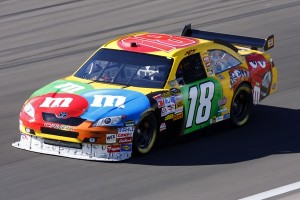 Football or soccer along with auto racing have no problems tarnishing the sanctity of what eventually gets thrown into a washing machine—a team shirt. Manchester United, arguably the most famous brand in sports, donned shirts with AIG in the front and continued to wear the AIG logo for about a year after the company was in financial ruin and was bailed out by American taxpayers. Man U had a multiyear, multimillion dollar with AIG worth about $31 million per year) and a deal is a deal.

FIFA has a good policy keeping political sponsors off of the team’s shirts. It doesn’t pay to get half of a fan base angry because you took money from a politician to plaster his name on a uniform. NASCAR has no problem with politically based advertising. A group called American Majority is sponsoring driver Jason Bowles for the rest of the season. American Majority has been involved with the Tea Party movement. Politicians have sponsored teams in the past in an odd race here and there so NASCAR officials have no problems with the possibility of angering some of the sport’s fan base.

But soccer or football and auto racing have always accepted uniform sponsorship along with tennis and golf although the sponsorship on tennis players and golfers shirts is extremely subtle. Could America’s major sports, Major League Baseball, the National Football League, the National Basketball Association, big-time college sports and the National Hockey League be heading down the same path as Major League Soccer where team logos have been replaced by sponsors?

The answer is yes.

Fans have come to worship the “Pinstripes” or cheer for Big Blue or Big Red and probably have more respect for the uniforms than sports owners. The shirt is unused inventory in marketing. There is just a logo to be sold. Teams sells everything else, hockey dasher boards are loaded with ads, the NBA sells courtside ads, Major League Baseball parks outfield walls and the area behind home plate along with the dugout are plastered with ads. There is just one clean spot, the uniform.

Baseball fans were upset in 2004 after Major League Baseball sold the bases and the foul pole at selected games between June 11 and June 12 to promote the opening of a Spiderman movie. MLB would have pocketed about $3.6 million in the deal between Major League Baseball Properties, Marvel Studios and Columbia Pictures but an outcry from fans and baseball scribes and media was too much to overcome and MLB put aside the idea.

MLB still is not selling bases, at least not yet. But if the NHL can sell spots on the ice, MLB will start selling ads on the field. The NHL-NBA and MLB are joined at the hip with so much cross ownership and cable TV partnerships. If one is selling a playing arena it is only a matter of time before others jump into the act.

This year, the Oakland A’s and the Seattle Mariners wore advertisers’ logos on their batting helmets. Oakland also wore a patch bought by a company named Gloops. Japanese baseball fans have no problems with uniform advertising nor does MLB. Major League Baseball has opened its season in Japan four times (New York Mets-Chicago Cubs in 2000, the New York Yankees-Tampa Bay Devil Rays in 2004, the Oakland A’s-Boston Red Sox in 2008 and in 2012) and in every series, teams have worn advertising patches and batting helmet decals.

To Americans, the practice is probably akin to painting a moustache on the Mona Lisa. But to the sports industry, wearing short advertising is just another revenue stream.

National Basketball Association ownership is studying a plan to plaster company names on NBA shirts. The owners are treading lightly so they won’t offend the sensitivity of fans that root for laundry that gets placed into a washing machine and then a dryer. But NBA ownership has to be looking at the big picture. Globally teams are making money by splashing a company’s logo in exchange for money on their shirts, why should an NBA owner lose out on that revenue source?

There really is nothing sacred about a uniform. It’s a piece of cloth that is worn by a human being. But fans are strange that way. There is a connection not to the athlete but to the piece of what is destined to become dirty laundry. A logo is sacred.

One-time Major League Baseball Commissioner Peter Ueberroth once told this reporter during his final year as commissioner after Major League Baseball inked Fuji as the industry’s official sponsor that the most important part of a team is not a player, a coach, or an owner, but the team logo and that all leagues make sure that they protect the logo.

But that seems to be just a United Sports and Canadian respect for the uniform. Football kits are different in Barcelona; the local football team has the Qatar Foundation on the front and UNICEF on the back. Lionel Messi’s number 10 is clearly seen along with UNICEF. The Qatar Foundation overwhelms the kit’s front. There are a lot of euros available selling the front and back even if you have Messi on your club.

Leagues and sports organization in the US and Canada protect the logo on the shirt. They have made sure the logo is front and center on shirts and in football on helmets. But there are already ads on uniforms. The uniform manufacturer has its symbol represented along with the team logo. It is subtle but there.

FC New York never did get a chance to get onto the field with the Romney shirts. FIFA has limits but the little-noticed team but get some attention in the middle of the baseball season and near the end of the NBA Finals by accepting $15,000 from someone who liked Romney enough to pay for shirt advertising.

It is unlikely FC New York will ever get that kind of notice again. But FC New York did prove one thing. The uniform is not a sacred piece of clothing that needs to be treated with awe and reverence. It is just a shirt and advertising space. FC New York and other teams should put up a sign, “This space for rent.” That is what a uniform is really worth.

Evan Weiner, the winner of the United States Sports Academy’s 2010 Ronald Reagan Media Award, is an author, radio-TV commentator and speaker on “The Politics of Sports Business. “He can be reached at evanjweiner@gmail.com. His book, “The Business and Politics of Sports, Second Edition” is available at www.bickley.com and Amazon.