So the Summer Olympics are nothing more than just a TV show that would have trouble competing with other sports, entertainment and politics if it took place in October rather than in July? It appears that certainly is the case after Doha, Qatar, was eliminated as a candidate for the 2020 Summer Games because the country wanted to hold the Qatar Olympics in October rather than in July and August.  Qatar could throw money at the International Olympic Committee (IOC) but Qatar’s October choice had a real negative impact on TV people. 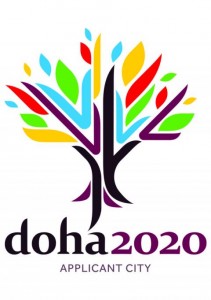 Television executives from the United States (Comcast’s NBC Universal) along with those in Europe bailed at the idea of a Doha Olympics. It gets mighty hot in Qatar in July and August and October Olympics made far more sense for those who would have competed outside. But the Olympics, the greatest show on earth if you believe members of the IOC and its corporate partners, just won’t cut it in the most competitive event—TV ratings in the fall.

It is easy to see why Roberts and NBC Universal applied the pressure to drop the bid by Qatar. There is too much competition for TV eyeballs in October.

Even the IOC knew that and issued a report saying “reduced demographic reach, broadcasters would have difficulties in attracting the same audience levels in terms of working people and youth.” In other words, neither NBC Universal nor the IOC could guarantee that the 10-year-olds of 2012 would turn into Olympics watchers at 18 in October 2020.

The Olympic Games need viewers in the 18-34-year-old category but an October Olympics would compete for TV eyeballs with Major League Baseball’s crown jewel, the League Divisional Series, the League Championships and the World Series along with College Football, the National Football League and the start of the National Hockey League season, as well as the Major League Soccer playoffs.

The Olympics will not be able to compete with Friday night high school football nor will people forget college and pro football for the Olympics. A college football follower should be able to start watching games at noon in the east and be on the couch some 15 hours later still watching live action. The NFL starts with pre-game shows around 11 Eastern on Sunday and a football fanatic could be on the couch for 13 hours. The Olympics won’t get that petrified viewer.

There would also be a question of whether National Basketball Association owners would allow players to participate in an October Olympics since training camps open then.

American TV money is a basic necessity for the IOC and it cannot run roughshod over Comcast like the organization does when it comes to local politicians, who desperately want to pay the enormous bills on the public dime to satisfy the debts incurred by an Olympics.

In Europe, the proposed Doha October Olympics would have coincided with the UEFA Champions League and regular games of such leagues as the English Premiership. Soccer outranks the Olympics in Europe and even the IOC knows this. It is also questionable whether soccer players would leave their clubs to compete in an October Olympics.

It must be galling for Rogge and his merry band of IOC delegates that the Major League Baseball playoffs outrank the Olympics in October. The IOC dumped baseball from the Games after the MLB would not suspend the season for a week to 10 days to allow big leaguers to play for the United States, Canada, Mexico, Japan, Taiwan, Caribbean countries and others in the Olympics pool. About eight years ago when it became obvious that MLB wasn’t going to send big name players to Rogge’s tournament, Rogge and his gang began the process of complaining about the baseball league’s drug policy to the U.S. Congress and Arizona Sen. John McCain.

The kabuki dance has been taking place since then and Major League Baseball decided to have an international tournament which MLB controlled, the World Baseball Classic.  Rogge’s gang not only dumped baseball but punished women’s softball because the IOC could not get the star baseball players it wanted.

The International Olympics Committee also eliminated Baku, Azerbaijan from the race to land the 2020 Games. Apparently Baku is a little too backwards and primitive for the IOC delegates because it lacks sufficient infrastructure.

But newcomer to the bidding Istanbul, Turkey and a pair of also-rans in the past, Madrid, Spain and Tokyo, Japan are still alive. The IOC doesn’t seem to have too many problems with Turkey’s government which seems to be ignoring human rights or Spain’s high unemployment and the uncertainty of the country’s economy or the fate of the Euro. Nor is there any concern about the Japanese economy.

The 2020 Games will be awarded in 2013 and then there is the seven-year build-up for a two-week event which in the past has strained local taxpayers from Montreal to Sydney to Athens. London organizers aren’t saying much about the economic impact of this year’s Games but it is understood that the event is far more costly than anticipated when London won the right to host them in 2005.

The Olympics is all about money no matter what Rogge and his gang contends. American TV could not afford an October event and that is why Qatar was sidelined.

Evan Weiner, the winner of the United States Sports Academy’s 2010 Ronald Reagan Media Award, is an author, radio-TV commentator and speaker on “The Politics of Sports Business.” His book, “The Business and Politics of Sports, Second Edition” is available at bickley.com and Amazon com.