Colleges across the country are gearing up for the annual summer camp season and no school wants to be exposed to the negative publicity and legal liability that Penn State officials are currently dealing with.

Many colleges offer camps usually 5 days long in a variety of sports, as well as music, drama, cheerleading, math and science and other areas.  Beginning in early June and running through mid-August, each week hundreds of young people ages 7 to 19 will flock to campuses.

That fact carries additional significance this summer because of the events that came to light in the fall concerning allegations of child abuse at Penn State.  So, schools are scrambling to develop policies to try and prevent similar nightmare scenarios from playing out on their campuses. Penn State seems to be leading the charge in ensuring that policies are in place to protect children. 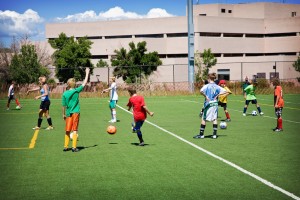 “There are a lot of schools working on policies now, absolutely,” said Ann Franke, president of Wise Results, a consulting firm that advises universities on legal issues.  “The summer camp season is upon us and that is focusing new attention on the issue of children on campus, obviously, in the wake of the Penn State problem.”

These new policies for the most part address issues of reporting suspected child abuse among minors who visit campus but are not enrolled as students.  Some schools are working on policies that cover all students regardless of age.  This has prompted complaints from some faculty and counselors.

The problem is complicated by the fact that many schools offer literally dozens of programs on campus that involve minors.  Many administrators are not even aware of the diversity and number of these programs operating on their campuses.

Unfortunately, it is true that often organizations don’t act until forced to by negative events.  If the situation at Penn State—and the allegations at Syracuse University directed at an assistant coach on the men’s basketball team—motivates administrators at schools across the country to act, then that is a positive development.

Of course, the reality is that states have had mandatory reporting laws on the books for almost 30 years that would allow university employees to report suspected abuse.  These new policies typically include three key provisions that are really just common sense:

The problem that university administrators are coming to grips with is the fact that there are so many programs involved that implementing and following through with policies and laws can be complex.  Many times the coaches running athletic camps are using the camps as opportunities to identify future prospects for their teams and don’t focus on other issues.

It seems clear that anyone working in athletic administration should be keenly aware of the potential problems involved whenever youth come onto campus.  Simply putting risk management policies in writing and making sure everyone has a copy and understands the policy would be a major step forward.

Developing policies and training employees may be tedious and time consuming but it certainly beats the alternatives.  Anyone interested in reading more about this issue can read an excellent story that recently appeared in Inside Higher Education.

The United States Sports Academy trains its students in risk management and the legal environment surrounding sports.  To obtain more information on these courses go to http://ussa.edu.