Recently, the popular soccer website GotSoccer.com announced it would begin ranking 9- and 10-year-old soccer teams; that is, teams whose players are 9- and 10-years old.  This has brought about considerable debate within the youth soccer community.

GotSoccer.com ranks youth soccer teams on its website. It does so for profit. A team competing in a tournament that wishes to submit results to GotSoccer.com pays a fee to include tournament results in GotSoccer.com’s rankings criteria. This supposedly makes a tournament more attractive or legitimate to teams considering entry.

GotSoccer.com CEO Gavin Owen-Thomas stated, “We’ve always received a tremendous number of requests to rank the younger ages and I believe the time is now right.” As to the source of these requests, one should consider the following question: Is Mr. Owen-Thomas receiving these requests from players or parents? OwenThomas has further stated the need for these rankings is to assist in seeding for tournaments.  <begin sarcasm>One would truly hate to see a mismatch among 9- and 10-year –olds. Mom and Dad don’t wish to pay tournament fees so their child can lose<end sarcasm>. 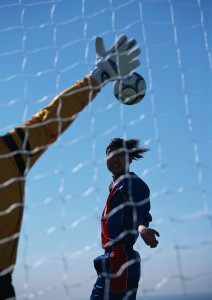 Letting parents and coaches pay to have their youth soccer teams ranked online not only hurts player morale, but it’s bad for the sport.

What teams are most likely to win?  One may guess teams with bigger, more mature 9- and 10-year-olds will win more often. Players whose physical development may not occur early are likely to be left behind.  Drop-out rates from youth soccer may rise (after all, if you’re not ranked as a 9-year-old, it’s best to move on to other pursuits).

Consider the player who’s just starting. Playing time for all but the (currently) superior players would be accepted. Consider the unenviable position of the coach. A coach may be evaluated on these rankings.

Competition is good. Winning and losing are facts of the games. Certain teams will be better than other teams. However, as John O’Sullivan stated on SoccerAmerica.com, “In GotSoccer, you don’t get ranking points for style, or possession, or close games. You don’t get points for letting all your athletes have playing time, or putting your fast goalscorer in the back or midfield to develop his all around ability. You get points for beating teams, and for winning games and tournaments. You earn points and the higher rankings that go with them for focusing on winning at the exact ages when that should be the least of your worries as a coach and as a parent.”

There has been an outcry from many other soccer outlets as well.  Let’s hope they are heard and that reason wins the day (and gets ranked).

Dr. William Steffen is the Chair of Sport Coaching at the United States Sports Academy. He was formerly the women’s soccer coach for nine years at the University of Oregon. He has also worked with members of the national women’s program. He has written and lectured extensively on coaching soccer. He most recently presented at the annual meeting of the National Soccer Coaches Association of American (NSCAA).