While Major League Baseball (MLB) fans and allies—the Baseball Writers Association of America–parade Ryan Braun as a modern day example of Nathaniel Hawthorne’s Hester Prynne through the village square with a scarlet letter for allegedly taking a banned performance enhancing drug, two other equally important developments in the baseball world have broken.

Fred Wilpon’s minority partner’s company has been hauled in front of the Stock and Exchange Commission and has been hit with an insider trading charge, while the heirs of the late Carl Pohlad, who owned the Minnesota Twins, seemingly are in a fight with the Internal Revenue Service (IRS) over inheritance taxes and the true worth of the Minnesota Twins. 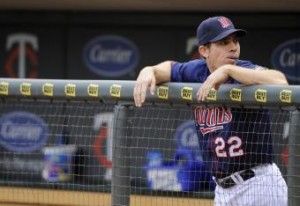 Owners don’t get much publicity when things go wrong. An exception could be Cleveland Browns owner Jimmy Haslam who is fighting a federal investigation of his Flying J truck stop for wrong doings.

But much of the baseball and sports world attention has been focused on Braun, Alex Rodriguez, and a defunct company named Biogenesis after a small Miami alternate weekly newspaper, the Miami New Times, broke a story that the company supplied performance enhancing drugs to various players.

The Miami New Times report seemingly never gained traction with the people who can do something, the FBI, DEA and the justice department.

MLB took legal actions against Biogensis and founder Tony Bosch. Bosch reached some sort of deal to cooperate with MLB.

MLB seemingly is using Bosch and his evidence against Braun and others. Braun decided not to fight the charges.

Strouse and his reporters had no obligation to supply Selig and MLB with any information. In fact, it would have been very disappointing to see Strouse knuckle under and give Selig, a man who is hardly clean himself, that information. Selig has done as much damage to baseball as any player who has been caught up in drug usage talk.

Selig was one of 26 owners who were found guilty of collusion in the late 1980s for price fixing and as a group had to pay $280 million in damages to the players. Selig was one of 28 owners (a group that included then Texas Governor George W. Bush) who were found guilty of bad faith negotiations during the 1994-95 baseball players strike. During a court hearing before Judge Sonia Sotomayer in New York in 1995 the strike was ended.

It is somewhat ironic that Selig is worried about a Miami weekly newspaper’s records about an aging clinic and players when there could be a federal investigation in Miami about the finances of the city-financed stadium and the relationship between Miami Marlins owner Jeffrey Loria and local politicians in the run up to the vote that approved the stadium funding. Loria dumped players earning big salaries after the 2012 season despite the fact he lobbied local Miami elected officials to get the stadium built so he could spend money for players with the new stadium’s projected revenue streams.

Of course Selig gave Loria a road map to new stadium finances and dumping players based on his experiences in Milwaukee as the owner of the Brewers and acting MLB Commissioner.

Roughly at the same time that Sotomayer came down with her ruling, Selig began to campaign for a new stadium for his Milwaukee Brewers. Selig lost his first go round when Wisconsin voters said no to a new ballpark. He continued to lobby Madison legislators and eventually a new stadium bill was passed, with the bulk of the money for the facility coming from a sales tax hike in the five counties surrounding Milwaukee. Selig had pledged that the Brewers would be competitive with a new stadium and needed a new stadium to keep up with other teams.

Wisconsin legislators and residents were stunned in 2004 to read that the Brewers, who are being run by Selig’s daughter, were cutting payroll and trading away the team’s top moneymakers because the franchise was having financial woes. This was only three years after the Brewers opened the new park.

Selig was also the point man in the 2001 “contraction” talks when MLB threatened to put two teams out of business. One of the teams on the chopping block was Minnesota, and a Minnesota judged ordered the Twins to honor their lease in 2002. Selig was still on the contraction bandwagon in February 2003, even though the collective bargaining agreement called for 30 Major League teams during the life of the deal. Selig in a speech told Oakland businessmen that the A’s were a contraction candidate.

Selig was doing Twins owner Carl Pohlad a favor and trying to create leverage for Pohlad in his bid for a new stadium. What was conveniently left out of the discussion was that Pohlad had lent money to Selig when Selig was running the Brewers.

There are still some questions about Selig and his fellow owners’ actions surrounding the sale of the Boston Red Sox to Florida Marlins owner John Henry. The deal took place in January 2002 and had several moving parts. Henry and his group were in an auction to buy the Boston Red Sox, Fenway Park and the New England Sports Network from the Yawkey Trust following the death of Jean Yawkey. Henry submitted a bid of $660 million, which was the third highest in the process behind Miles Prentice and the Charles Dolan-Dr. John McMullen’s joint bid. MLB wanted Henry in Boston, and to accomplish that, Henry sold his Marlins to Montreal Expos owners Jeffrey Loria. MLB took over and ran the Montreal Expos in 2002, 2003 and 2004 before relocating the franchise to Washington, D.C.

The Massachusetts Attorney General Tom Reilly talked of launching an investigation of the bidding process but dropped the probe after making sure The Yawkey Foundation and charities got an extra $30 million. Meanwhile MLB destroyed the Montreal baseball market.

Steve Cohen has about four percent of Mets ownership after putting up $20 million as a limited partner. For some reason, MLB Commissioner Selig and his staff have decided Wilpon, his brother-in-law Saul Katz and son Jeff Wilpon are suitable to own a baseball team. In 1997, Selig and his baseball owners began the process of removing Marge Schott from the ownership of the Cincinnati Reds because of the use of racial slurs and some concern over allegations she falsified the sales of cars at a car dealership she owned.

Wilpon still owns the Mets despite doing business with Bernie Madoff. The Mets ownership settled with a federal trustee before a court case was to begin and agreed to give $162 million to a trustee for Madoff’s victims. Wilpon needed new partners to help with Mets finances and brought Steven Cohen into the fold.

On Thursday, the Stock and Exchange Commission called Cohen’s SAC Capital Advisors “a veritable magnet of market cheaters,” with federal prosecutors announcing criminal charges against Cohen’s hedge fund. Cohen was not charged with any crimes though. He could be barred from trading in the future.

Wilpon continues to align himself with bad apples, but that seems to not matter to Selig and MLB.

The Pohlad-IRS story is just developing, but there is the Selig angle. Selig led the charge to contract the Twins and terminate Carl Pohlad’s ownership in MLB in 2002 because Pohlad was going nowhere in his attempts to get a new Minneapolis stadium for his Twins.

The stadium was eventually built with public money, but there is a dispute between the IRS and Pohlad heirs as to just how much the team really is worth. The Pohlads say it’s not worth all that much, while the IRS begs to differ. The Pohlad family claims Carl Pohlad’s investment in the Twins was worth just $24 million, while the IRS has pegged it at $293 million.

Just what is a baseball team worth? That answer may be forthcoming. The owners never really want to open the books during collective bargaining negotiations, but that might not be an option with the IRS.

While Braun is parading in the village square with his scarlet letter and the baseball writers shine Selig’s halo and pronounce the game free of drug “cheats” (although it’s not cheating as steroids possession in the United States is illegal without a doctor’s approval), there are some real issues about ownership that are being ignored.

Ryan Braun may just be the tip of the iceberg when it comes to baseball and the sports world’s woes.

Evan Weiner can be reached at evanjweiner@gmail.com. His e-book, “The Business and Politics of Sports, Second Edition” is available at www.bickley.comand Amazon.com and his e-books, America’s Passion: How a Coal Miner’s Game Became the NFL in the 20th Century, From Peach Baskets to Dance Halls and the Not-so-Stern NBA and the reissue of the 2005 book, The Business and Politics of Sports are available at www.smashwords.com, iTunes, nook, versent books, kobo, Sony reader and Diesel.