Finally, a U.S. Olympic bid process that, from the outset, takes the long, strong view. It only makes sense. The two people in charge of the U.S. Olympic Committee — chairman Larry Probst and chief executive officer Scott Blackmun — are themselves typically calm and deliberate. But, also thoroughly in charge. So it only makes logical sense to see them working this way through the early stages of what might be an American bid for the 2024 Summer Games. 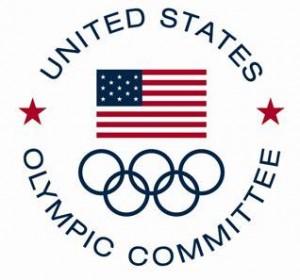 towns in making a 2024 bid. The letter is a triple play. It is, on one level, genuinely what it purports to be. It’s also a clever marketing and public relations device that simultaneously buys time. It keeps the notion alive in places like Tulsa or Minneapolis that the Summer Olympics might, just might, happen there in 2024. Which makes the USOC look really, really good in places like Tulsa or Minneapolis and everywhere else around the United States, which is really, really good for the USOC.

Never say never but — let’s be honest. The odds are long indeed of the Summer Games happening in Tulsa, Minneapolis or anywhere on that list but a handful of cities — most likely San Francisco, Los Angeles, New York.

Chicago, the U.S. bid city in 2009 for 2016, would make anyone’s short list as well, of course. But Chicago is not interested, the mayor’s spokeswoman said Tuesday, according to the Chicago Tribune.

To win the Summer Games, it takes a combination of factors. It takes, for instance, name value. It takes resource. It takes the story that will convince the International Olympic Committee.

The USOC doesn’t have to decide anything right now. The International Olympic Committee’s deadline for applying isn’t until 2015; the 2024 vote isn’t until 2017.

More to the point, the IOC vote for 2020 is this September, and that gives the USOC time enough to graciously let the good people in Indianapolis, Baltimore, Rochester, Charlotte, Philadelphia, Austin, Dallas, Houston, Seattle, Columbus and more down gently.

New Orleans — which just hosted the Super Bowl — is not on the list of 35. The USOC made it plain, however, the list is not exclusive nor exhaustive; officials said they would be glad to talk 2024 with any reasonable party in the 50 states.

Note that while the USOC had previously expressed interest in exploring opportunities for both the 2024 Summer and 2026 Winter Games, and that while those more interested in the 2026 Winter Games might say this letter merely is going out now because the 2024 deadlines are first — that is probably not the case. The better bet is 2024. That has been clear since the USOC and IOC last year resolved their differences over a longstanding revenue dispute over marketing and broadcast shares, a deal that essentially cleared the way for the USOC to again begin considering Olympic bids.

The USOC letter inviting 2024 interest spells out some of the basic requirements for hosting a Games: 45,000 hotel rooms, an international airport, an Olympic village that sleeps 16,500 and has a 5,000-person dining hall, a workforce of up to 200,000 and more.

It does not — repeat, not — touch on the sensitive issue of the government guarantee the IOC demands from all bidders, a huge challenge for any U.S. bid given the complexities of the American local-state-federal private-public way. That’s for way down the road.

Instead, it does broadly sketch out, albeit unmistakably and unequivocally, and to the USOC’s credit, that the USOC is in charge.

“Our objective in this process,” the letter says, “is to identify a partner city that can work with us to present a compelling bid to the IOC and that has the right alignment of political, business and community leadership. We are seeking a partner that understands the value of the Olympic Games and the legacy that can be created not only for their community, but for our country.”

Translation: The USOC is seeking a partner that understands, fully and completely, that this is an Olympic bid campaign. This is not a campaign for school boards, City Hall or even the U.S. Senate. There is nothing remotely like it in American politics.

In this niche, the USOC is the Olympic entity — by order of Congress — in the United States. If you, Mr. or Ms. Mayor, would like to play in the Olympic space, be crystal clear going in you will do so as the junior partner.

Politicians like credit and glory. There will be lots of credit and glory to go around if the bid wins. It may seem elemental, but a bid wins by swaying votes within the IOC. There, success or failure truly rests with the USOC.

Also understand this: the United States has never put forward a truly national Olympic bid. Such a bid holds the potential to be enormously powerful. It’s why, among other reasons, the USOC is taking its time now for 2024. Because it can.

“Now more than ever, we need to use the power of the Olympic and Paralympic Games to encourage our youth to be active and engaged in sport,” the letter says.

That right there is a tagline, and it would be shocking, indeed, if that line, in some form, doesn’t show up in one of the bid-city videos in the summer of 2017. Whatever city it is.

The Sport Intern in a blog produced by Karl-Heinz Huba in Lorsch, Germany.  Mr. Huba can be reached via email at ISMG@aol.com.  This article is reprinted here with the permission of Mr. Huba