How many times have we heard those famous epithets, “It’ll never work,” or “We’ve always done it this way!”?  And, how many times can you recall that those pearls of wisdom streaming forth from lips vehemently opposed to change were witness to their own demise and the emergence of something “new”?

History is replete with such episodic testimonies to obstinacy.  It has happened in physics – Einstein’s relativity overturned Newton’s model –, in music – Mozart over-turned the notion that there might be “too many notes” per measure – and now in professional football where college innovations to the game are in the process of transforming football at the professional level. 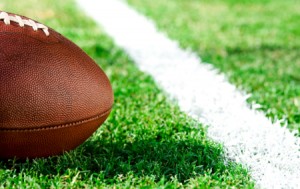 There are hard core bastions of football “purists” who still think that the game is about standing toe-to-toe and using one’s pure, brute power to pummel the opponent into submission and defeat.  Fresh off college campuses the arrival of spread offenses to the National Football League (NFL) has ushered in more than severe scrutiny of this, as one critic called it, “gimmicky offense.”  It has divided fans within the boundaries of the 32 cities with NFL franchises as well as the rest of the nation into camps of “strongly for” and “strongly against” the implementation.

The NFL has always prided itself as being a crucible where one’s manhood was tested and either affirmed or denied.  Its reliance on pure strength has served as its hallmark.  And, those with speed still needed to prove their force and those with finesse still had to prove their durability.

But, innovation has never been a byproduct of the NFL laboratory.

All that changed in the past two years as a seismic shift in the old paradigm at the quarterback position was challenged by some new, young signal-callers who could do something the NFL has never had to contend with on a consistent basis.  They could move!

Oh, there were “scramblers” like Fran Tarkenton or even George Mira, but they would eventually be worn down more by coaches who refused to adapt their systems to these men’s abilities than by their opponents on the field.

In high school and college football coaches who succeed are those who adapt their systems to the abilities of their athletes.  It is there that experimentation and exploration are rubrics of success.  The NFL has never had to rely on such mundane machinations – there was always the “draft” where teams could select players who best would mesh with their “time proven” schemes.

In 2011, Cam Newton rushed for more touchdowns than any other rookie quarterback in Carolina Panthers’ history, and his former team mate at Florida, Tim Tebow, took the flailing Denver Broncos to the second round of the playoffs.

In 2012, three new faces emerged – Robert Griffin III of the Washington Redskins, Russell Wilson of the Seattle Seahawks, and Colin Kaepernick of the San Francisco Forty-Niners.

Griffin and Wilson were rookies who lead their teams successfully and valiantly.  Kaepernick was in his second year and came within one blown defensive holding call of winning the Superbowl.

In addition to their superior football knowledge, what they have brought to the professional game is their abilities to run!  They are mobile!  They have strength, speed and quick moving feet.  They can beat you with their arms or their feet.  And, they are prompting a new discussion in the NFL.

Remember them – Newton, Tebow, Wilson, Griffin, and Kaepernick.  They are the faces of a revolution in the way NFL coaching staffs are assessing their offenses.

Ultimately, nevertheless, whether we remember their on-field exploits will depend solely on the NFL’s ability to adapt to their athletic abilities.

It will be a test of epic proportion for the league’s “old guard” who largely fear that quarterbacks who run with the ball are moving targets and sooner or later they are going to be injured prematurely precisely because of their mobility.

Still, these young men are, for the most part, bigger and, for the whole part, faster, stronger, and smarter than most of their predecessors.  For so many of them to enter the NFL and emerge simultaneously to lead their teams in a span of a mere fourteen months is not only dramatic, but it completely alters the traditional landscape upon which former NFL legends and dynasties had been built.

Their talents were God-given.  Their abilities were forged in the cauldrons of such football minds as Chris Ault of Nevada and Gus Malzahn of Auburn. And their gridiron acuity was fine-tuned in the intense film sessions under the watchful eyes of coaches like Jim Harbaugh and Mike Shanahan.

It is they who make the spread offenses legitimate, the read option viable, and the running quarterback a threat to everything which has been gospel in the NFL – until now!  A quarterback who can run changes everything for a defense.  Besides being unable to adequately prepare for the “busted play”, in which this new breed of quarterback can riddle a defense with his impromptu slices of yardage, the designed play involving a mobile quarterback takes away the 1-player advantage a defense has versus a team with a quarterback who cannot move.

It is no longer an 11-10 man advantage for the defense.  It is now an 11-11 even up match, but with a read option the advantage goes to the offense 11-10 since the optioned defender has been taken completely out of the defensive scheme.

The world saw in the Superbowl this year that a spread offense can overcome a 31-3 deficit in less than one quarter to tie a game only to lose on the last play of the game at the opponent’s five-year line.  It is prima facie evidence like that which flies in the face of opposition to its emergence in the NFL.

Whether the NFL will be adaptable enough to change its approach to the greatest American game is yet to be seen.  Chip Kelly joining the Philadelphia Eagles and bringing with him his vaunted spread offense from Oregon will surely cause some Richter Scale-like vibrations at the foundation of the venerable old cabal of coaches, owners, and sportswriters who have framed the image and the brand of the NFL since it merged with the upstart American Football League (AFL).

And, as the pre-Socratic philosopher, Heraclitus, declared, “The only constant is change.”  It would follow that those who refuse it or rebuff it will be consumed by it – and that is the challenge for the NFL’s ability to adapt to a new breed of athlete, an innovative cadre of coaches, and new systems created outside the box which will test everything that came before, and will change everything going forward.

Dr. Arthur Ogden is the United States Sports Academy’s chair of Sports Management. He has served in education for more than 45 years in several capacities, including Dean of Academic Affairs, college football coach for 12 years and college athletics director for more than 10 years. He has taught in the Kingdom of Bahrain, Botswana and in Jamaica. You can reach Dr. Ogden at aogden@ussa.edu or visit www.ussa.edu.