International Olympic Committee (IOC) President Jacques Rogge will hold a meeting with the new head of wrestling next week to discuss the sport’s controversial from the list of core Olympic sports after Rio 2016, which has left it fighting for its future.

Nenad Lalovic, elected as the interim President of International Federation of Associated Wrestling Styles (FILA) earlier this month, will hold talks with Rogge at the IOC’s headquarters in Lausanne on March 7. 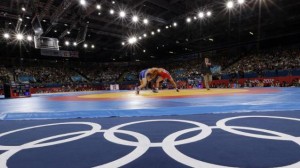 Lalovic has replaced Swiss Raphaël Martinetti, who stepped down after the IOC Executive Board voted to remove wrestling from itslist of core sports.

Rogge had promised that he was prepared to meet with FILA officials to discuss the situation ahead of them giving a presentation to the IOC Executive Board during its meeting in St Petersburg between May 29 and 31.

“I will be received by the President and I will explain everything that we are doing and what we are ready to do,” Lalovic told insidethegames during an exclusive interview.  “I expect from him also some recommendations in order to stay in the Olympic Family.”

Lalovic, who has based himself in FILA’s headquarters close to Lausanne, has admitted that the whole future of the sport is stake.

“Olympism is born together with wrestling,” he said.  “I don’t think the Olympics can continue so easily without wrestling.

“Probably we made a lot of mistakes, but we will cure them and I think the Olympic world will understand.

“I strongly believe we are part of the Family.

“The main goal for each wrestler is the Olympics.

“Without the Olympics our sport is practically dead.

“They can survive from that, but not wrestling.”

To read the full interview with Nenad Lalovic click here.

Contact the writer of this story at duncan.mackay@insidethegames.biz. Inside the Games is a blog of the London Organizing Committee that helped put on the recent Summer Olympics. This article is reprinted here with permission of the authors of the blog.