Brain changes in children who have sustained a mild traumatic brain injury, or concussion, persist for months following injury — even after the symptoms of the injury are gone, according to a study published in the December 12 issue of The Journal of Neuroscience. The findings highlight the potential benefit of using advanced imaging techniques to monitor recovery in children following concussions.

Despite growing concerns over the risk of concussions in youth, the majority of research examining their effects on the brain has involved adults. These studies suggest that, among other things, concussions alter the brain’s white matter — the long fibers that carry information from one area of the brain to another. Some recent data suggest the developing brains of children may be more vulnerable to the effects of 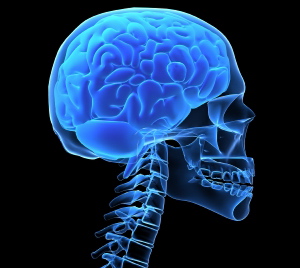 In the current study, Andrew Mayer, PhD, and colleagues at the Mind Research Network and the University of New Mexico in Albuquerque, New Mexico, specifically studied older children (ages 10-17) with mild traumatic brain injury. They found that structural changes in the children’s white matter seen about two weeks after the injury remained evident more than three months later despite the disappearance of symptoms related to the injury.

“These findings may have important implications about when it is truly safe for a child to resume physical activities that may produce a second concussion, potentially further injuring an already vulnerable brain,” Mayer said.

The researchers conducted cognitive testing and used an advanced imaging technique known as diffusion tensor imaging (DTI) to examine the brains of 15 children who had recently (within 21 days of injury) experienced a concussion and 15 unaffected children. In the brain, DTI specifically images white matter. During a follow-up visit approximately four months post-injury, scientists repeated cognitive testing and imaging.

Initial testing revealed that children with the mild brain injury had subtle cognitive deficits and changes in white matter compared with healthy counterparts. While the children did not report symptoms of the injury during the follow-up visit months later, DTI revealed that the structural changes to the brain remained.

Based on the imaging data collected during the study, the researchers were able to accurately distinguish the brains of patients who had mild traumatic brain injury from those who were healthy 90 percent of the time. Such findings suggest DTI, which does not require the use of ionizing radiation, could one day be used to diagnose the injury and to better characterize the recovery process in the brain.

Dr. Christopher Giza an expert on developmental brain injury from the Mattel Children’s Hospital and the Brain Injury Research Center at the University of California, Los Angeles, who was not involved in the study, noted that while the number of patients in the study was small, the findings mark “an important step forward in our understanding of the effects of mild traumatic brain injury on the developing brain.”

“Further work is needed to determine whether the changes in white matter present at four months represent a prolonged recovery process or permanent change in the brain,” Giza added. “Determining the duration of the structural changes, and whether these changes have clinical implications, remain critical areas for future studies.”

This study was funded by the U.S. Department of Energy.

The Journal of Neuroscience is published by the Society for Neuroscience, an organization of more than 42,000 basic scientists and clinicians who study the brain and nervous system. More information on concussions and brain injury can be found on BrainFacts.org.

Stone Hearth News in a blog produced by Marc Onigman, one of the founding publishers and editors of Club Industry Magazine (1983-1992), the first business magazine for the commercial fitness industry. This article is reprinted here with the permission of  Stone Hearth News.