Samsung saw its ‘Olympic Genome Project’ protected when a Los Angeles Superior Court dismissed the lawsuit by a group of famous athletes,  including Mark Spitz, Jackie Joyner-Kersee and Greg Louganis objecting to a Facebook app that showed how users were connected to the  Olympians. Ruling from the bench, Judge Ruth Kwan decided that legal efforts to stop the app was an impingement of free speech.

The athletes brought the publicity rights claim last April – a few months before the London Olympics – claiming Samsung never got permission to use the athletes’ names and images for its app, which took information from users’ Facebook profiles and made connections like mutually-liked music from a database on some 3,000 athletes.

“Plaintiffs’ names and images and background information are on the Facebook application, in an attempt to link Plaintiffs to consu 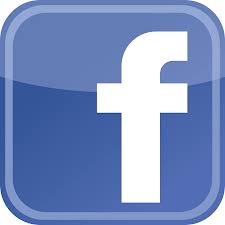 mers,” said the lawsuit. “Prominently displayed on the Facebook application is the Samsung’s trademarked name as well as advertising for Defendants’ ‘Galaxy’ product. Samsung has used Plaintiffs’ names and images to create the impression that Plaintiffs  endorse Defendants’ products and business.”

After the lawsuit was filed, Samsung and digital marketing firm Team Epic, according to The Hollywood Reporter, responded with an anti-SLAPP motion, which is a maneuver to curtail litigation at an early stage so long as it can be shown that objected activity arises from First Amendment rights and that the plaintiffs ca not demonstrate a probability of success on winning the case on its merits.

“As a result of the motion, the question turned to whether the ‘Genome Project’ was commercial speech or not,” explains the magazine’s Eriq Gardner. “Now that corporations are attempting to create viral social media campaigns with news-like apps, this is hardly an easy determination.”

“Why would any company pay for an athletes’ endorsement when it can get it for free under the guise of ‘public interest?'” asked the plaintiffs. “If Plaintiffs’ position is correct, then every website that posts a profile of a celebrity would need an endorsement deal to do so legally,” responded the defendants.

Judge Kwan reportedly agrees with the defendants, finding that an app that shares athletes’ stories is protected speech even if Samsung wished to derive some brand benefit and gain followers on Facebook.

“In an effort to revitalize profits, it’s not inconceivable that news organizations might wish to create digital apps featuring newsworthy celebrities, sell sponsorships on this, and present it to readers on social media. Is something like that allowed as a form of ‘protected speech’ — or can public figures stop such endeavors by claiming their rights of  publicity have been violated?”, says The Hollywood Reporter. “The question soon could gain more focus at the appellate circuit.”