Organized gambling has become commonplace in the U.S.  People can go to horse and dog tracks in states from coast to coast and bet on live and simulcast races. Lottery and Indian gaming casinos are popular in several states. South Florida even offers jai alai betting.  A number of states allow casinos to operate, and people can legally bet on sporting events in Las Vegas and in Atlantic City.

The appetite for sports betting fuels the growth in places for people to bet. Authorities know that illegal betting on team sports is rampant across the country. People go online and use the internet to play poker on offshore betting sites. Millions of workers participate in office betting pools during football season. 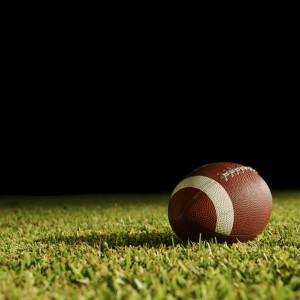 Now it seems that even youth sports are not immune to the presence of gambling. News outlets have recently reported that nine people were arrested and charged with betting on youth football league games in Deerfield Beach, Fla. Among those arrested are team coaches. The individuals involved are also accused of setting point spreads on games. All of the men arrested have ties to the South Florida Youth Football League. Several of them also have extensive criminal histories. They are all charged with illegal bookmaking and some with operating gambling houses. The league these men were involved with has 22 teams with some 6,000 players on rosters.

Whenever we read about societal problems that spill over into youth sports,we shake our heads and wonder how something like this could happen. The reality is that millions of kids play various youth sports; this means that tens of thousands of adults must be found to run the leagues, coach the teams, and officiate the games.  It is almost inevitable that unsavory people will wind up involved in these leagues.

Layered on top of this is the presence of overbearing, ultra-competitive parents who see youth sports not as a recreational and social outlet for their kids; but rather as a means to an end, whether that be a college scholarship, Olympic glory, or professional riches.

So many stories about violence at youth sports events have been in the news over the last few years that people barely raise an eyebrow when they read or hear about the latest incident involving an on-field fight during a game or an altercation between parents in a parking lot after a game. Game officials are targeted more and more by parents, players, and coaches.  Several states have enacted laws in the past decade making any assault of a game official at a game site a felony. Many leagues now hire security officials to be present during all games.

The culture of youth sports has grown increasingly ugly. As the pressure to win has grown, the influence of money has increased. Large youth soccer clubs, such as the Dallas Texans or the Busch Club of St. Louis, pay Directors of Player and Coaching Development well over $50,000 per year to run programs.  Travel baseball clubs, such as the one in East Cobb County, Ga. (Atlanta metro area), have coaches who travel every weekend with teams and can earn $30,000 or more just from coaching. These same coaches earn extra money offering private tutoring to youngsters whose parents will pay $100 an hour to have their children trained in a sport.

Is it really any wonder, then, that gambling has found its way into youth sports? How much more will time pass before we learn of allegations of game fixing in a local youth sports league?

People in this country often decry the presence of so many attorneys and the willingness of people to use the justice system to achieve personal satisfaction. The legal system is a necessary tool in regulating societal behavior.  It may be the best tool available to try and scale back the win-at-all-costs culture that surrounds youth sports today.

Leagues should conduct criminal background checks on all potential coaches and league administrators. Parents who act out at games should be removed from the premises under threat of being charged with criminal trespass. Any time there is a fight at an athletic  event, criminal charges should be pursued against those involved. Leagues should insert into their bylaws and contracts with field providers language that allows leagues to ban all spectators, if necessary, to ensure a peaceful game environment.

Whenever gambling on youth sports games is suspected, authorities should immediately be contacted. League officials should be prepared to use cameras to record suspicious activity. Anyone working in a position of authority in a youth sports league should know that if gambling is found to have occurred, they too might be subject to criminal penalties.

Youth sports provide great outlets for young people. Tragically, too many adults who are involved in these sports are ruining the games for the kids. Learning to win and lose is an important lesson in life. This should not be the primary purpose for youth sports. A culture change is needed before games are ruined for our kids.

Greg Tyler is Director of Library/Archivist at the United States Sports Academy. Tyler has also taught courses at the Academy in sports law. He served as a coach, league administrator, and soccer referee in youth sports for many years. He has a law degree and practiced law for a number of years.