Attention has been drawn recently to an article published on September 7 by Fox News. The article reported on a recent study of retired National Football League (NFL) players and a study done at Boston University of the brains of four soldiers who died from improvised explosive device (IED) explosions, four athletes and four persons with brain injuries who were neither soldiers nor elite athletes. This research looked at the impact of concussions on professional football players and the impact sustained by soldiers exposed to explosions on the battlefield.  These impacts are commonly referred to by soldiers as “shell shock.” The concussive effects of devices, such as IEDs, were found to be very similar to the impacts on a football field that resulted in concussions. 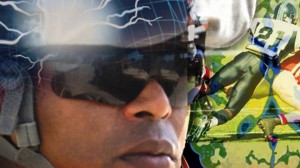 The issue has become urgent to the NFL because of a class action lawsuit filed by former players claiming the league and the manufacturer of their helmets did not warn them of the dangers of head trauma.

Several prominent former players now suffer from obvious brain damage. Surveys show that parents are growing reluctant to let their children play tackle football because of the dangers, which could endanger the future of the sport.

Retired NFL players died with damaged brains at a much higher rate than the general population, according to a new study. But, scientists have found that the amount of damage their brains received depended on what position they played.

Research published on May 16 in the journal Neurology by scientists at the National Institute for Occupational Safety and Health in Cincinnati found that defensive and offensive linemen did not show notable brain damage, while those in “speed” positions (quarterbacks, running backs, wide receivers, tight ends, safeties, and linebackers) did.

Epidemiologist Everett J. Lehman, the lead author in the study, said the difference was that while those in more stationary positions repeatedly came in violent contact with other players, they were not going as fast as players who had time to work up velocity and momentum. Lehman said the impacts and the concussions, therefore, were less serious for players in non-speed positions.

The study involved 3,439 former NFL players who played at least five years from 1959-88, and looked at the cause of death.

The researchers looked specifically at Alzheimer’s disease, ALS (also known as Lou Gehrig’s disease), and Parkinson’s disease,  all of which involve damaged brain cells. They found no relationship with Parkinson’s, but the former speed position players died of a disease that resembled Alzheimer’s and ALS at three times the rate of the general population.

In the case of soldiers struck by the explosion of an IED, what happens to the head is the same if the cause is different. Researchers at Boston University School of Medicine and Veteran Affairs Boston Healthcare System took the brains of four veterans, four young athletes, and young men who were neither, and found what happened to the veterans’ brains was exactly what happened to the athletes’. The athletes in the study were not professional football players, but were known to have suffered repeated head blows from either football or wrestling.

In both cases, they found the tangles from a protein called tau, which is always present in Alzheimer’s patients, but did not find the amyloid plaque of Alzheimer’s. The brains of the eight “were pathologically indistinguishable from each other,” wrote the Boston University researchers in Science Translational Medicine.

In the soldiers, the trauma was caused by the explosion of the IED, not by a linebacker. But, the researchers found that while the effect was the same, the cause was entirely different from what was expected, according to the lead author of the article Lee Goldstein.

These studies present interesting findings, given the large number of lawsuits currently being litigated where former players have sued the NFL for covering up evidence of the dangers faced by players who sustain significant impacts to their heads.

Football coaches frequently use war metaphors to compare the difficulties faced by football players. Who knew before now that there may well be a direct link between war and football in the incidence of head injuries.

Readers interested in following this story can find the Fox News article at http://www.foxnews.com/science/2012/09/07/football-explosions-rattle-brain-in-similar-ways/.