In a letter to Vikings ownership, Minnesota governor Mark Dayton has suggested he will torpedo the deal if the Vikings look to pass on costs to season-ticket holders.

“The project’s strong support came from many regular Minnesotans, not just rich Minnesotans, because they believed the Vikings are also their team,” Dayton wrote in his letter, according to the Minneapolis Star Tribune. “If a new stadium were to betray that trust, it would be better that it not be built.”

Dayton does not believe fans should help the team come up with its portion of stadium financing through personal seat licenses. 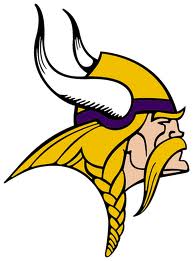 “I strongly oppose shifting any part of the team’s responsibility for those costs onto Minnesota Vikings fans,” Dayton wrote. “The Private Contribution is your responsibility, not theirs. I said this new stadium would be a ‘People’s Stadium,’ not a ‘Rich People’s Stadium.’ I meant it then, and I mean it now.”

It seems a little odd to think that Dayton did not consider PSL’s would be a part of the formula all along. It would be surprising if the deal was undone at this point. The city of Los Angeles is reportedly close to agreement on a plan to build an NFL-quality stadium to the east of downtown.  The city is rumored to be targeting the St. Louis Rams for a move into the new facility. But, if the new stadium plan does not become reality in Minneapolis, then the Vikings ownership has already indicated they will attempt to move the franchise.

The sad reality is that new sports arenas designed for pro teams are not built with the “average fan” in mind.  Let’s say that in the new stadium in Minnesota, which will seat around 60,000, there are 45,000 seats that will have seat licenses attached to them.  This means that just to acquire the right to purchase season tickets, a person will have to purchase the license for that seat.  The amount to be paid will differ depending on the location of the seats; but, it is reasonable to assume, based on the experience from other new stadiums, that the average seat license fee might be $1,500.  This means that the Vikings could raise $67.5 million per year from this revenue stream.  This would allow the team to sell bonds or borrow money to build the stadium and use the license fees to pay off the debt over time.

With tickets probably priced at $125.00 per seat, the proverbial family of four would have to pay a license fee of around $6,000 plus purchase game tickets for $500 per game.  Season packages would include eight regular season home games plus one exhibition game, so that’s another $4,500 for the average family, a total of $10,500 just to purchase tickets.

Pro sports teams cannot survive in today’s market without strong corporate support.  On November 13, the Miami Marlins finalized a fire sale trade with the Toronto Blue Jays.  The Marlins unloaded $170 million worth of contract obligations in exchange for untested players.  The team did this because in its first year in its new, taxpayer financed stadium in Miami attendance barely reached two million.  The team had projected attendance of some 2.8 million.  That difference of 800,000 fans represented some $40-$45 million in revenues the team did not receive.  The team’s management acted to slash costs, even though the Marlins now seem destined for last place in the National League East.  The Miami market simply has too many other entertainment options available and has never supported baseball.

It is difficult to imagine that the Minnesota governor will actually at this late date scuttle the stadium deal he himself helped broker earlier this year.  Local residents will simply have to foot the bill for the stadium.  The economics of pro sports are such today that the last entity team owners are concerned about is the average fan.

The Chicago Cubs this past season once again drew some three million fans to historic Wrigley Field.  Team owners have one of the richest cable TV agreements in the sport, as well as the ability to draw fans regardless of how bad the team is on the field.  Many long-time fans are very critical of the ownership, because they often appear to care little about improving the team since they make a handsome profit no matter how poorly the team plays.

There may or may not be something to the argument that having major pro sports teams in a city marks that city as “big league” and has indirect economic benefits.  It is clear, however, that successful franchises need corporate support to purchase luxury suites and seat licenses.  Franchises need local governments willing to take the lead in financing new or improved facilities for the teams.  Franchises do not seem to need the support of the average fan.  Fans may bleed their team colors and live and die based upon the success on the field of their local teams.  Ownership knows one color—the green of money, and that is a major reality of sport in our society today.