The University of Maryland announced Nov. 19 that it was moving its sports teams to the Big Ten conference for the 2014-1015 academic year.  Maryland was one of the seven founding members of the Atlantic Coast Conference (ACC) back in 1953.  The closest current Big Ten school to the Maryland campus in suburban Washington, D.C. is Penn State, which is some 300 miles away.  Maryland’s most successful sport has historically been men’s basketball and the ACC is ranked with the Big Ten and the Big East as the premier basketball conferences in NCAA Division I.

So why did Maryland turn its back on 60 years of tradition and rivalries?

The school acted for the same reason that Rutgers University acted on Nov. 20 when it announced that it is leaving the Big East for the Big Ten—M-O-N-E-Y.  Gobs of money is generated by cable TV contracts, primarily for football broadcast rights.  Maryland plays its home football games in Byrd Stadium, which was recently renovated and which seats some 56,000 spectators.  Over the past five years the school has averaged around 45,000 fans per game.  Joining the Big Ten may result in sellout crowds for football games. But another 10,000 fans per game for seven home games each season would generate about $4 million or so in additional revenues for the athletic department. 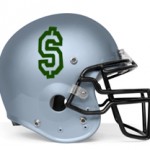 This year ACC schools will receive an estimated $20 to $25 million each for post-season and TV revenues.  The Big Ten operates its own cable TV network.  An expanded Big Ten will likely be able to command a much larger contract with ESPN for its “Tier 1” broadcast rights following expansion.  It is estimated that once Maryland and Rutgers join the league, Big Ten schools will each receive at least $40 million per year in revenues.

The Big Ten Network charges cable companies $1.10 per month per subscriber within its defined geographic territory and about 10 cents per subscriber outside of that territory.  Maryland can claim 3.4 million cable households in its immediate geographic area.  Rutgers sits in the New York area where there are 10.3 million cable customers.  If just  5 million of these customers wound up with the Big Ten Network coming over their cable systems that would generate some $5.5 million per month for the league to share among its members.

News has recently leaked that Boise State and San Diego State, who were scheduled to join the Big East for the 2013-2014 academic year, are now negotiating to rejoin the Mountain West Conference.  BYU has also shown interest in rejoining the conference.  The reason, of course, is money.

With the defection of Rutgers, the Big East has lost six football playing schools in the past two years.  The new system for selecting a football national champion for the Football Bowl Subdivision begins in 2014.  The highest ranked team among the Mountain West, Big East, Mid American, Conference USA and Sun Belt conferences will be guaranteed a BCS bowl bid.  The Mountain West, with the demise of the Western Athletic Conference, has negotiated a new contract with ESPN that will pay its members a lot more money.  So there is no reason why a school located in the western part of the country would want to play football in the Big East.

Alumni may be nostalgic about their college days when they return to campus for football games.  They may remember the days when Oklahoma and Nebraska played at the end of every football season.  They may want to see Maryland continue its basketball rivalries with North Carolina and Duke.  College presidents and athletic directors, however, know that college sports are a big business.  The Maryland Legislature in 2012 imposed new taxes to fund higher education rather than approve more tuition increases.  This did not help the athletic department.

The Maryland athletic department announced in the spring of 2012 that it was cutting seven non-revenue producing sports to balance the budget.  Maryland athletic department officials did not want to have to ask for a subsidy from the school’s general fund.  In fact, when the school’s president announced the move to the Big Ten, he also stated that some of the sports that were eliminated earlier this year will now be restored because of the new revenues now anticipated.

The ACC is expected to approach Connecticut about leaving the Big East to replace Maryland.  The game of musical chairs is likely to continue as conferences position themselves for the next big TV deal.  Teams are now playing games on almost every night of the week to get TV exposure and to meet the terms of contracts with ESPN.  Games on Saturdays may begin at 10 a.m. local time or they may start at 8:30 at night, depending on the programming needs of TV.

The days when a game started at 1:30 p.m. and ended at 4 p.m. on a Saturday are long gone, as are the corner grocery store and the locally owned pharmacy.  College sports are big business.  The business of business is to make a profit.  Fans need to keep this in mind.  Only time will tell if brand loyalty is really important to college football fans.  What is certain is that the relative rate of increase in TV revenues cannot be sustained forever.  A day of reckoning is coming.  When it gets here the fallout may not be pretty and only the fittest may survive.