“We need people equipped with mental toughness…in fact, I’d describe it as the most important requirement,” said Brian Ashton, the coach of the 2007 England Rugby World Cup team, in The Sport Psychologist.

Despite this, researchers in the Journal of Applied Sport Psychology stated: “Mental toughness is probably one of the most used but least understood terms in applied sport psychology.” Given the desirability of mental toughness, the lack of substantial research into defining and learning more of the construct is surprising, various sport scientists have reported. 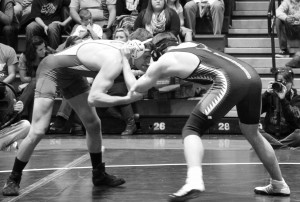 So, sport scientists have sought to define mental toughness.  A difficulty lay in the desire to have a sound theoretical definition, while simultaneously realizing a definition that could be used in an applied setting.

Journal of Applied Sport Psychology researchers defined mental toughness as “having the natural or developed psychological edge that enables you to, generally, cope better than your opponents with the many demands (competition, training, lifestyle) that sport places on a performer and, specifically, be more consistent and better than your opponents in remaining determined, focused, confident, and in control under pressure.”

This concept was thought to be similar to a previous study of hardiness.  “Hardy individuals tend to interpret demanding situations, such as highly competitive sporting contests, in less stressful ways because they view them as desirable, controllable, and challenging,” reported Golby and Sheard in an article on mental toughness in the publication Personality and Individual Differences in 2004.

Dr. William Steffen is Chair of Sports Coaching at the United States Sports Academy. This article is a precursor to the study he will be doing involving mental toughness and coaches. Dr. Steffen has served as a collegiate soccer coach for more than 20 years, including as head women’s soccer coach at the University of Oregon for nine years. He can be reached at wsteffen@ussa.edu.