Just what will the economic impact of a potential National Hockey League owners’ lockout be on businesses that depend on more than 40 games spread out between October and June? It is about $35-50 million dollars of lost revenue for businesses surrounding the Boston Bruins arena, according to the Boston Business Journal.

But there is no real breakdown of potential losses and how that number becomes $850,000-$1 million a game in a theory that was advanced by Pat Moscaritolo, the CEO of the Greater Boston Convention and Visitors Bureau.

The math suggests that Moscaritolo may very well be overestimating the numbers. The arena seats roughly 17,500 people and the math suggests the average Boston Bruins ticket holder is spending $48.57 per game near the arena before attending the game. 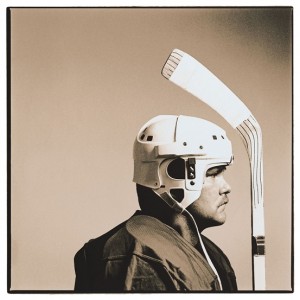 The assumption is that all of the restaurants and other businesses are getting foot traffic into their establishments before or after a game from nearly 17,500 and all of them are spending money in the stores. It is hard to imagine that everyone who goes to a Bruins game is frequenting a local business. The people who will suffer are business owners within the arena radius of a few blocks and that includes parking lots and restaurants.

The Bruins ownership really doesn’t want “fans” to spend money outside of the arena, which is why there are top of the line eateries along with concessions that sell drinks and T-shirts.

The convention and visitors bureau should have had some figures available for inspection based on the data from last year’s NBA owners’ lockout. For instance does that $850,000-$1 million figure include the loss of sales tax on tickets sold and whatever local taxes are paid by team personal through various taxes? Does that include out-of-area travelers to watch a Bruins home contest and take into account hotel/motel revenue? Included in the estimate, is there a figure for public transit to the game? Additionally, how much municipal money going into government hands is being lost?

A hockey team at the absolute maximum opens the doors for business just 59 times a year. That means there are 306 dark days a year when the business is closed in the best of circumstances.

But restaurant owners along with bar owners and other businesses that depend on the NHL or any pro sports team understand the economics of sports as well as anybody. They roll the dice and hope all goes well or reinvent the business so it doesn’t depend on a team.

There are arenas located in a massive parking lot like the Nassau Coliseum in Uniondale, New York. There the local businesses surrounding the parking lot are a college and a smattering of a few places, so the economic impact in that area should be minimal.

People don’t travel to other cities for either an NHL or NBA game. Visiting teams fly in a day before a game and leave after a game in a typical travel schedule. An NHL team traveling party includes no more than 35 people. That means at best a hotel can sell 35 rooms to a team for one night.

Local restaurants may pick up business from a team for one night. An average schedule means that a city like Boston could host up to six games a month. Out-of-town money is not flowing into a city from the NHL.

In 2004, the economics of the NHL lockout of that season caught the attention of the U.S. Conference of Mayors in Washington. The mayors’ group asked simple questions: How would a lockout affect the then 24 municipalities that housed NHL teams? What does it mean in terms of revenue, taxes and local business?

The New York Rangers franchise was a good example to study. On the surface, it would appear that they would be a gold mine for the city. New York receives taxes from tickets and concession sales. A sold-out game accounts for 18,000 seats. The city counts on people traveling into town for a game, eating at area restaurants and possibly staying over at hotels. Madison Square Garden pays no city property taxes but visiting players pay a city-athlete tax for a day’s work on the rink.

But a closer look at the bottom line reveals something quite different.

The Rangers play a minimum of 43 pre-season and regular-season home games a year between late September and early April. If the Rangers get home-ice advantage through the playoffs and play every series to the seventh game, that adds just 16 more dates. So the team would be open for business at most 59 days in a calendar year.

And though the Rangers may play games in Manhattan, the players practice in Greenburgh, New York and generally live in Westchester County, New York. The people who work the games—
the ticket takers and vendors—are per diem employees with no benefits. Typically a team employs about 60-100 people, but they don’t pay an awful lot of money to their front office personnel. No matter how you slice it, a hockey team is a small business.

And so it came as no surprise that the U.S. Conference of Mayors concluded that “work stoppages in sports have little to no aggregate economic impact on the cities, though there is certainly a social impact.”

No, the real losses from an NHL lockout won’t show up on a profit-and-loss statement. They are far more emotional than financial, especially if you forget the players and feel sorry for the owners.