There is evidence that football is causing major health problems for former players later in life. Some National Football League players have been quite vocal about post-career problems, which include depression, thoughts of suicide, family problems, bankruptcy, homelessness, and for some, like Dave Duerson and Junior Seau, suicide. 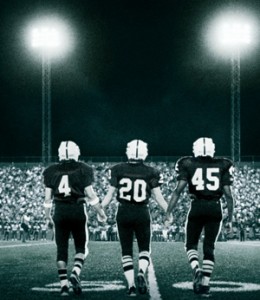 After Seau’s death, a few former players went public with their post-football plight on Dave Pear’s blog. Pear has been fighting for years with the NFL to get medical benefits to pay for the injuries he says he suffered during his career. The injuries were numerous.

The comments should be noted by school boards and others with a passing interest in watching football whether it is Friday night high school contests or Monday Night Football featuring NFL teams.

Former Pittsburgh Steelers player Reggie Harrison, now known as Kamal Ali Salaam-El, wrote: “Since we don’t have a crystal ball, we may never know what was going through Junior Seau’s mind. I have yet to entertain the thought of taking my life, but I can relate to the pain that a lot of us are going through. I take 10 methadone, 4 oxycodone and 2 ml of liquid oxycodone daily, and sometimes the pain still overtakes me. I just pray that I can hold on and lean on my fellow alumni if I feel that I can’t go on. My heart goes out to Junior and his family and I hope he has found Peace. I sure haven’t found it.”

Former Los Angeles Rams player Rick Hayes responded: “Kamal, I believe we played against each other in the L.A. Coliseum during our rookie year in the 1974 preseason. I, too, have been in pain today following the news of Junior Seau, and I find myself wondering about the possibility of CTE being the cause. For the last month, I have missed two Brain Scans and MRIs because of fear and pain. Several months ago, I finally detoxed from a daily dose of over 1000 mg of oxycodone via the Subuxone method.  I think of suicide almost daily. There were other pills, too. I feel much better now but still question the pain and sleep disturbances.

“In your note, I found the realization that these medications treat and cover our emotional traumas as much as our physical pain. And eventually, they stop working due to our opioid tolerance. I wish you, our fellow former players, and myself, a path through all this confusion. We are all one, but unfortunately the NFLPA is failing in providing us guidance and assistance. They are aware of our PAIN and ADDICTIONS. Now they are having SUICIDES thrown in their faces. When will they act truthfully and completely? The BLOOD is on the OWNERS and NFLPA’s hands.”

Janet McCoy, speaking on behalf of her husband Mike, who played for the Green Bay Packers, responded from the viewpoint of a wife with a suffering husband. She said: “I received a call from my husband yesterday when he received the news of another player’s death. Since Mike is in assisted living for his dementia, all he could do was weep when I answered the phone. I knew why he was crying even before he spoke. How many tears do the players, wives and families have to shed before the NFL takes notice? I would like to suggest that the NFL have a payment plan for mental health therapy after this.  Most men are not able to express themselves when this tragic diagnosis is received. Blessings to all our families.”

The awful truth for the former players who are suffering is that their own players association let them down. The National Football League Players Association (NFLPA) was so focused on just getting money that there were not secondary concerns about players’ safety or post career medical and insurance benefits. There probably are hundreds of thousands of players from the college, high school and semi-pro ranks who have suffered severe injuries and now are depending on Social Security Disability insurance and Medicare for life-altering injuries.

High school football remains king in certain sections of the country, but what would happen if former high school players suffering from devastating injuries started suing schools? Would school boards who are either self-insured or pay huge insurance premiums keep the games going?

The answer to that question may come an awful lot sooner than anyone thinks. The National Football League and a helmet manufacturer are being sued by hundreds of former NFL players who contend that the league failed to care for players’ during and after their careers.

The NFL is urging all 50 states to take a very close look at head injuries suffered in high school and other football programs for children.  Whether it is merely lip service or not, NFL Commissioner Roger Goodell sent out 44 letters to states urging them to enforce strict surveillance of head injuries.

There are now numerous lawsuits—and even though the players have directed their complaints against the National Football League—all of football is really on trial. That includes youth leagues, junior high school, high school, and college football. If the NFL and the helmet manufacturer lose on this issue, the whole structure of football will be shaken. The NFL depends on getting ready-made players with years of experience. That could all change because school districts may decide running a football program is too costly in terms of insurance premiums and player safety.

If school boards begin axing football from their budgets, Troy Aikman’s words about the NFL’s future, may become prophetic: “The long-term viability, to me anyway, is somewhat in question as far as what this game is going to look like 20 years from now.”

Evan Weiner, the winner of the United States Sports Academy’s 2010 Ronald Reagan Media Award, is an author, radio-TV commentator and speaker on “The Politics of Sports Business.” His book, “The Business and Politics of Sports, Second Edition” is available at bickley.com and Amazon and featured on Google books.