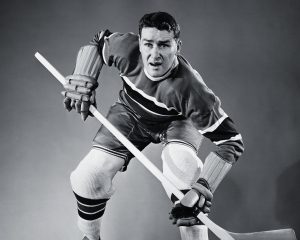 The Tampa Bay Lighting National Hockey League franchise is taking on one of the so-called “Original Six” franchises, the Chicago Blackhawks for the right to hoist the Stanley Cup. While some dreamers were hoping for a Chicago-New York Rangers Original Six final, it can be argued that while “The Original Six” motto is still a great marketing tool, it was absolutely horrible for the growth of hockey.

The Original Six is more about ineptitude than a misty eyed look back. The NHL was whittled down to a six team league because of World War II when the Brooklyn Americans franchise, which played in Manhattan’s Madison Square Garden suspended operations in 1942 because Red Dutton didn’t think he would have enough players for the 1942-43 season. Plans to build a Brooklyn arena were released in 1945 but the NHL retired the franchise in 1946. From 1942 through 1967, there were three American teams who at one time were in some way controlled by the Norris family in Chicago and Detroit with ownership and in New York with the arena ownership. The league had teams in Boston, Montreal and Toronto. The NHL turned down an application for the dormant Montreal Maroons to surface in Philadelphia in 1946 and proposals from interested owners in Los Angeles and San Francisco in the 1940s and Cleveland in the 1950s were rejected. The NHL only expanded in 1966 for two reasons. Television money was available in the United States and the Western Hockey League with teams along the Pacific coast threatened to claim major league status. The NHL took the LA and San Francisco markets. The WHL would fold in 1974.

Mr. Evan Weiner is a sports journalist/commentator known for his columns about the business and politics of sports. He was the winner of the United States Sports Academy’s 2010 Ronald Reagan Media Award.