A new study published in Childhood Obesity earlier this month suggests that youth baseball may actually do more to promote obesity than curb it.

Some of the most commonly consumed foods: French fries, candy and cookies.

As a result, children involved in youth baseball could be consuming more calories than they burn off playing baseball, which leaves them at risk for weight-management and obesity problems.

According to the Center for Disease Control, nearly 18 percent of children between the ages of six and 11 were considered obese in 2012 — up from only seven percent in 1980. Obesity can put children at risk for many immediate and long-term health effects.

With these risks in mind, the Wake Forest Baptist study called for parents to play a more active role in ensuring young athletes receive the proper diet at the ballpark.

“Parents should plan ahead for these busy times and even advocate in their local sports leagues for policies that address snacks and drinks,” co-author Megan Irby, MS, said.

This article was republished with permission from Dennis Van Milligen, Editor in Chief of Athletic Business. The original article can be viewed by clicking here. 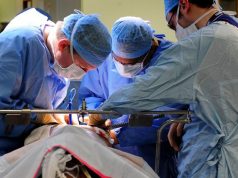 Parks and Recreation: The Benefits are Endless!

‘Cardio Tennis’ Plays Well In Fight Against Obesity and Inactivity