The whole issue over whether the Washington football team’s name, “Redskins,” is offensive and should be changed continues to ignite debate.

The latest talking head to weigh in on the use of the word Redskins is NBC Sports anchor Bob Costas, who delivered a scathing halftime essay on the topic during the Dallas Cowboys and Washington Redskins game. In front of the “Sunday Night Football” audience, which averages 22.6 million viewers and is consistently one of the most watched prime time broadcasts, Costas called it “an insult, a slur.” 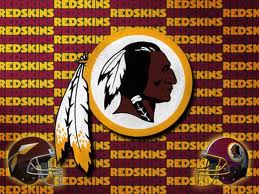 “When considered that way, ‘Redskins’ can’t possibly honor a heritage or noble character trait, nor can it possibly be considered a neutral term,” he said. “It’s an insult, a slur, no matter how benign the present day intent.

“It’s fair to say that for a long time now, and certainly in 2013, no offense has been intended,” he continued. “But if you take a step back, isn’t it clear to see how offense might legitimately be taken?”

His opinion is the latest in a long line on the issue from commentators, Native Americans and even U.S. President Barack Obama.

“If I were the owner of the team and I knew that there was a name of my team — even if it had a storied history — that was offending a sizeable group of people, I’d think about changing it,” Obama has said.

Just as loudly and self-righteously, others have argued that “Redskins” isn’t considered an offensive term, even to some Native Americans.

Redskins owner Daniel Snyder wrote in a letter  to season ticket holders recently saying he respects the opinion of those who are offended but said, “We cannot ignore our 81-year history.” Before its nationally televised game Sunday, Oct. 13 against Dallas, the team sent another note to fans encouraging them to flood Twitter during the broadcast with the hashtag #RedskinsPride.

Meanwhile, many have pointed out: Where’s the outrage about the Kansas City Chiefs, Atlanta Braves or Cleveland Indians. Others report being offended by religious names, such as the New Orleans Saints and Los Angeles Angels. Other names commentators have thrown on the offensive team mascots chopping block, include Notre Dame Fighting Irish, Mississippi Rebels and Washington Wizards.

While everyone continues a searing search of their own conscience, the argument will likely rage on with no end — and no change — in sight.