Boston has been chosen to host the 2016 World Figure Skating Championships, it was announced today.

It will be the first time that the Championships have been held in the United States since 2009, when they took place in Los Angeles and America’s Evan Lysacek (pictured) won the men’s singles title with South Korea’s Kim Yu-Na the women’s. 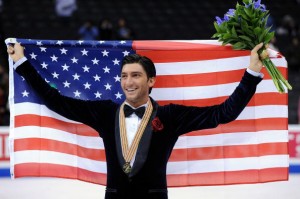 Both went on a year later to claim Olympic gold medals at Vancouver 2010.

It will be the 13th time that America has held the event since New York City staged them in 1930, the first time they were staged in the country.

The event in Boston is scheduled to take place between March 28 and April 3.

Boston is due to host the U.S. Championships next January, an event that will help mark the centenary of U.S. Figure Skating and also act as the trials for the 2014 Winter Olympics in Sochi.

Contact the writer of this story at duncan.mackay@insidethegames.biz. Inside the Games is an online blog of the London Organizing Committee that staged the 2012 London Games. The blog continues to cover issues that are important to the Olympic Movement. This article is reprinted here with permission of the blog editors.