Turkey’s President Abdullah Gül today told the International Olympic Committee (IOC) Evaluation Commission that choosing Istanbul to host the 2020 Olympics and Paralympics would send a historic message that would be heard around the world, with far-reaching consequences.

This is the final four-day inspection to be carried out by the Commission, chaired by Britain’s Sir Craig Reedie, having earlier visited Tokyo and Madrid, but is perhaps the most crucial because if Istanbul was chosen it is the city which requires the most work and would have to invest the most.

But, it is also potentially the most exciting choice, because it would be the first time that the Olympics would be held on two different continents, thanks to Istanbul’s unique location, straddling Europe and Asia, with the Bosphorus running through the middle. 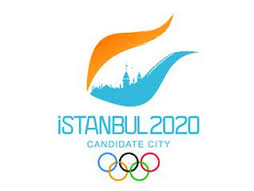 This, combined with Turkey’s growing force as an economic power and its increasing political influence in the world, would make it a truly historic choice.

“It would immerse the Olympic Family in a brand new environment with a rich history and a fascinating culture unlike any other city in the world,” Gül said. “It is self evident in its architecture where you see mosques, churches and synagogues standing next to each other that Istanbul has a broader and unique outreach to different regions, cultures and faiths that have yet to be directly touched by the Olympic spirit.”

Gül later explained what effect Istanbul hosting the 2020 Olympics and Paralympics could have on an area facing difficult problems at the moment.

“Holding the Olympics in Turkey would have an impact on the Muslim world,” said Gül, Turkey’s first openly devout Muslim President in the modern history of Turkey. “It would show that the Olympics is truly universal and embraces everyone. It would be very positive for the world. It would have positive developments, not just in the Middle East, but the world at large because we are seeing many political problems, cultural differences or issues related to religion, including racism on the rise.

“So, while we focus on these issues, I think it is very important that the Olympics shows that it’s really very universal and that it embraces world peace,” he added. “Sport unites people. That would be the positive message that would be coming out of such a decision.”

This is Istanbul’s fifth bid for the Olympics but the closest they have come before was for the 2008 Games when they were knocked out in the second round of the vote at the IOC Session in Moscow 2001, where Beijing emerged the winners.

Perhaps symbolically the IOC Evaluation Commission on that occasion, chaired by Dutchman Hein Verbruggen, finished its inspection on March 24, which is exactly 12 years to today’s evaluation.

Gül was keen to emphasize to the current Commission that they were visiting a very different city and country from then.

“The answer lies in the reforms we initiated a decade ago,” he said. “We started putting our own house in order. In 2002, we made a giant leap forward towards political stability and have continued to enjoy it ever since. With politcal stability also came a vision for a stronger Turkey and a firm commitment to make this vision reality. We believed in ourselves and our potential to be a force for good in a wide geography. We put into effect bold reforms with a view to lifting the obstacles in the way of democratic and economic progress. We expanded the scope of freedoms in our society.”

Istanbul also began setting out its vision by unveiling plans for a state-of-the-art Olympic city and $346 million Olympic Village in 2020, which they claimed would be the foundation of the social and sporting legacy for the city, country and the Olympic Movement.

The Village include plans for a substantial training center to be on the doorstep of the athletes, as well as for a major medical precinct just north of it.

Istanbul 2020 claimed that for first time, it would mean the Games would provide a recovery center for all Olympic and Paralympic athletes at no extra cost to National Olympic Committees.

The bid’s presentation also focussed on the legacy plans for each of the proposed zones, clusters and venues. These collectively include environmental remediation programs; residential, retail and commercial facilities; recreational facilities; and public spaces for young people to congregate throughout the city.

“Whatever we build for the Olympics will not go in vain after the Games,” Gül said. “They will provide a real legacy for the whole region, for our young and dynamic population.”

But at $19.2 billion, Istanbul’s projected infrastructure budget for the Olympics is 10 times that of Madrid, which is planning to spend $1.9 billion, and higher than Tokyo, whose figure is $4.9 billion.

“Our enhanced economic power enabled us to invest in infrastructure projects all across the country,” Gül said. “Those investments include new airports, high-speed trains, underground lines, highways, new sports facilities and huge housing projects. Istanbul has transformed itself in the last decade. Turkey and Istanbul have proven economic and organisational capacity and skills for hosting all sorts of international events.”

Contact the writer of this story at duncan.mackay@insidethegames.biz. Inside the Games is an online blog of the London Organizing Committee that staged the 2012 London Games. The blog continues to cover issues that are important to the Olympic movement. This article is reprinted here with permission of the blog editors.