Deflecting an inevitable question about the crisis within the International Cycling Union (UCI), International Olympic Committee (IOC) President Jacques Rogge, having just made his first visit to the Pyeongchang 2018 Winter Games venue, said the issue would be discussed by the executive board in two weeks’ time. This is hardly too soon–the image of sport, and especially the IOC, is suffering by the day as severely as from past scandals involving Ben Johnson and Marion Jones, David Miller writes from Seoul.

At a press conference concluding his visit, immediately prior to meetings with out-going and in-coming Korean State presidents, Rogge said he was as yet unaware of the letter sent by UCI president Pat Mcquaid, to all 110 IOC members, asking for help to persuade the World Anti-Doping Agency (WADA) to back UCI’s  controversial ” Truth and Reconciliation Commission.” 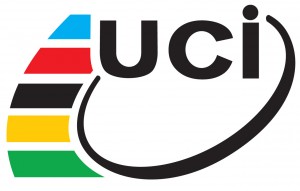 Pressed further, Rogge – looking still strained in his extended recovery from surgery last year — reassured his largely Korean audience that Winter sports, compared with the Lance Armstrong farago, was well-disciplined in repelling cheats, that Pyeongchang would be ‘clean.’

“We have the same policy for summer and winter sports ” he said, ” testing in and out of competition. We keep samples for eight years so that we can reexamine whenever a new test procedure becomes available. We never hesitate (to act) as in Turin in 2006.”

Rogge’s stance is confidant, yet all the implications of Armstrong’s interview with Oprah Winfrey are of long-standing, continuing malpractice within UCI, and not just by competitors. If the IOC is to uphold its policy of zero tolerance, then surely an external, independent inquiry of UCI has to be instituted.

The answer could be that which Richard Pound, Canadian member, proposed against the weightlifting federation after a run of positives in 1988:  temporary suspension until credibility was restored. The EB at that time rejected the proposal, but it would seem particularly appropriate at this moment if UCI is to tread an honorable path into Rio 2016.

Concerning PyeongChang, Rogge professed himself impressed not just by the concept of the New Horizons Bid but by the state-of-the-art  individual venues already in use.

“What I have seen corresponds to what I expected – well organized, modern, very compact, shorter distances for athletes which is very important. Success is measured by the happiness of athletes. If they are, we are. I am not surprised — the Koreans have extensive experience of hosting major sporting events.” He stated that Games integration of North and South was not an item yet contemplated by the IOC.

The above article was first appeared in The Sport Intern, a blog published by Karl-Heinz Huba in Lorsch, Germany.  This article is reprinted here with permission from the blog publisher.  Mr. Huba can be reached via email at ISMG@aol.com.