Qatar’s National Sport Day, due to take place later this month, will feature the launch of a new, countrywide weight losing competition designed to get the public fitter and healthier.

Qatar’s National Sport Day will take place across Qatar on February 12 after it was created by the Deputy Emir and Heir Apparent HH Sheikh Tamim bin Hamad Al Thani. 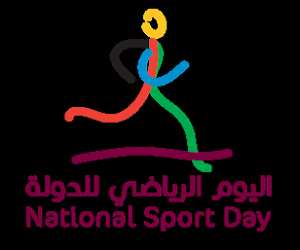 The new weight losing initiative, aimed at promoting the health and social benefits of an active lifestyle, is open to both men and women and will run for a whole year with the winners to be rewarded with valuable prizes at the 2014 National Sport Day.

“The challenge is set and directed to encourage overweight contestants to lose weight and adopt a better lifestyle, with winners being selected on the base of criteria such as weight losing ratio, percentage of fat loss and overall fitness and shape,” said a statement from the National Sport Day organizers.

“Participants can register only on National Sport Day, February 12, at the sign-up locations within the Qatar Olympic Committee (QOC) Sports Zone on the Doha Corniche, Katara and Aspire Zone.

“All entrants will be divided in three age groups for each gender, with three winners declared in each one and an overall ‘Winner of Winners’ for each gender, adding up to 20 total prize-achievers to be announced on the 2014 National Sport Day.

“Participants will be offered support throughout the year-long competition, in the shape of tailor-made dietary programs, health and fitness consultations, specially-made workouts and special events in addition to the sport participation schemes aiming to involve individuals in sport activities.”

The weight losing competition will reward winners who have worked the hardest to improve themselves and their everyday choices in the 12 months to February 2014.

Contact the writer of this story at tom.degun@insidethegames.biz. Inside the Games is a blog of the London Organizing Committee that oversaw the recent Summer Olympics. Its writers continue to report on issues affecting the Olympic movement. This article is reprinted here with permission from the editors.