Several rule changes are planned this season for the spring sports of men’s lacrosse, baseball, men’s volleyball, men’s and women’s track and field, and softball.

The rules committees for each of those sports met last summer to recommend changes to improve the quality of play and enhance student-athlete safety. The Playing Rules Oversight Panel approved those changes, and they are now official rules effective for the 2012-13 academic year.

Following are some of the most prominent changes in NCAA spring sports competition. 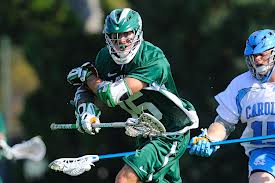 In men’s lacrosse, the stall-warning procedure will include a 30-second timeframe for the offensive team to take a shot.

In the new procedure, when a team is given a stall warning, a shot must be taken within 30 seconds. A valid shot is defined as an attempt to score that is on goal (for example, saved by the goalkeeper, hits the goal cage, goal scored). If the 30 seconds expires without a shot on goal, the ball will be awarded to the defensive team. The previous “get it in, keep it in” call has been removed.

The official will keep the 30-second clock, and no visible shot clock will be used.

Membership feedback on the rule change was positive, but the Men’s Lacrosse Rules Committee and Playing Rules Oversight Panel both received questions about the use of a visible shot clock in addition to the committee’s proposed procedure, which uses the game officials to manage the count.

The panel referred that feedback to the rules committee for further discussion.

The Playing Rules Oversight Panel also approved a rule regarding shooting strings. Starting this season, players will be allowed to have shooting strings up to, but not touching, four inches from the top of the crosse.

To ensure that all sticks meet these specifications, officials will perform three field tests:

If the stick fails any of these tests, it is an illegal crosse and a one-minute non-releasable foul will be enforced. The crosse will not be used during play and will be kept at the scorer’s table until the conclusion of the game.

The rules committee thought players currently are able to maintain possession of the ball too easily despite being pressured by the defense.

For the umpires to conference in this scenario, the ball must have passed first or third base, be beyond the first or third baseman and originally been called foul. If the call is overturned, it will be up to the umpire crew chief to determine where to place all base runners on the play.

Umpires are currently allowed to conference on several specific types of plays. This new rule is an expansion of the “Getting the Call Right” provisions already in the rules book.

There were no instant replay reviews during the 2012 MCWS.

The Baseball Rules Committee tracked the number of ejections during the 2012 season, and more than 600 combined ejections were reported in all three divisions. Of those ejections, more than half were either assistant coaches or players. This rule will not affect other ejections (for example, tobacco use).

The NCAA Baseball Rules Book states that only head coaches can approach umpires to discuss a call.

In men’s volleyball, the libero (a designated defensive specialist) will not be allowed to serve this season.

Another new rules change calls for substitutions to be limited to six per set at the National Collegiate level. Previously, teams were allowed 12 substitutions per set.

Men’s volleyball will amend the centerline rule to mirror the rule in men’s Division III competition, which began last spring. A player is allowed to go over the centerline as long as he doesn’t affect the other team from playing the ball.

Also, players will be allowed to pursue the ball beyond the court as long as the play does not extend into the bleachers.

In pole vault competitions, all rigid or unyielding items above ground level, or designated landing pit platform surfaces extending beyond the dimensions of the landing area, must be padded.

The Men’s and Women’s Track and Field Committee modified the language of the current rule so there is no ambiguity as to what type of surfaces should be covered. Since many track and field venues are used for other events, objects such as electrical boxes, concrete drainage grates and the corners of pallets where the landing mat sits should have padding.

This story first appeared at NCAA.org.  This is an official website of the NCAA.  It can be reached at http://ncaa.org.  The NCAA allows stories to be reprinted from this blog so long as credit is given.