Soccer is undoubtedly the world’s most popular sport.  The sport’s governing body, Fédération Internationale de Football Association (FIFA), has 209 members—more members than there are countries represented in the United Nations.  Yet the sport is under unprecedented pressure because of seemingly worldwide corruption scandals tied to illegal gambling on matches.

The problem is that the illegal gambling is tied to corruption and match fixing, said Chris Eaton, a former head of security at FIFA and now the director of the International Center for Sport Security in Qatar. Asia was attractive to criminals in this area for its lax regulation, he said, and the biggest gambling houses each transacted $2 billion a week. “It’s all done with algorithms and machines, almost like any commodity house in the U.S. or London,” he said. 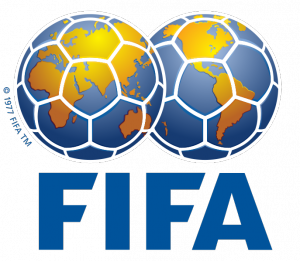 Soccer gambling “is bigger than Coca-Cola, which is a trillion a year. This is a global economy, a growing global economy, and it needs to be regulated and supervised, and governments aren’t doing this,” Mr. Eaton said in one of a series of Reuters reports last week documenting the scandal.

An International Herald-Tribune story quoted European police saying that hundreds of matches, including some involving the World Cup, the European Championships and the Champions League, may have been fixed in a global betting operation run out of Singapore, the Southeast Asian nation with a normally squeaky-clean image.

A recent National Public Radio (NPR) story reported that Interpol has been conducting an investigation in Europe and has uncovered evidence that some 425 match and club officials and criminals in 15 countries in Europe are involved.  There are currently dozens of people serving jail time in Germany for past match fixing.  There have been two major scandals in Italy in the past seven years.  In Turkey, there was a recent scandal over two fairly obscure international matches where all seven goals scored were the result of penalty kicks.

Two days after the announcement by Interpol of its investigation, FIFA set up a website designed to provide a way for individuals to anonymously report suspicions of illegal activities involving matches or match officials to FIFA.

The website is part of FIFA’s Fair Play initiative, which focuses on social responsibility surrounding soccer.  FIFA officials issued a press release that stated in part,  “this …regulatory framework is intended to ensure that all statutory rules and rules of conduct are complied with at all times, and without exception by FIFA’s stakeholders, setting standards for legal and ethical behavior.”

The website is the first step taken by FIFA to help clamp down on rampant ethics violations, including bribery and vote-buying. Europol’s investigators suspect as many as 680 soccer matches are under suspicion of taking part in match fixing and bribery, including Champions League and World Cup qualifiers.

Lazlo Angeli is a Hungarian prosecutor who has worked on the European probe.  He was cited in the Herald-Tribune story.  He used a source in a Hungarian gambling syndicate for information about how this gambling scheme has worked.  The Hungarian syndicate associate maintained contact with Hungarian referees who work matches around the world.  These referees, for a payoff, would attempt to swing the outcome of matches in which they worked.  Syndicate associates would then place bets with the gambling interests in Singapore.  Many of the bets were actually placed through three unregulated gambling concerns in Manila, the capital of the Philippines.

In January, 41 South Korean players were given lifetime bans by FIFA for participating in match fixing.  Some of them have since had their sentences reduced due to cooperation.  South Korean press outlets have reported that three of the players have committed suicide.

Anyone who has watched matches around the world on television is aware of the tremendous passion for the game that exists.  Fans can legally bet in England and other countries not only on match outcomes, but on what team’s player receives a red card (is expelled from the match), which team scores first, how many combined goals are scored in a game, etc.  In parts of the world where gambling is only loosely regulated organized crime has become heavily involved in trying to fix matches and influence betting.

U.S. sports fans have seen periodic scandals involving point shaving in college basketball.  These scandals pale in comparison to the scale of corruption suspected in soccer.  The director of Interpol has stated that the scandal is so pervasive that the very fabric of the sport is threatened.  This is a story that true sport fans should follow closely.