There has been a rush over the past two years by people who have a role in football to try and come up with new ideas and technologies that can help diagnose and prevent traumatic brain injuries from striking athletes of all ages and skill levels who participate in contact sports.  This effort has been even more in the forefront for those who are involved in football.  Solutions, such as the adoption of the King-Devick Test for the diagnosis of concussions and for quickly determining whether a player should return to game or practice activities, have garnered a lot of publicity and shown great promise. 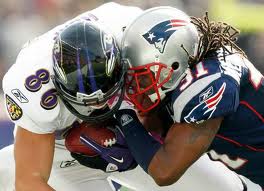 er 3,000 lawsuits filed by plaintiffs who are former NFL players alleging that league officials have known about the long-term dangers posed by concussions for years and failed to take any kind of action to notify players of these dangers or to protect them.  The vast majority of these lawsuits have been consolidated in the Federal District Court in Eastern Pennsylvania and are being litigated as a class action.

Now there is another potential breakthrough just receiving publicity.  It seems that the Riddell Corporation, makers of football helmets for generations (and virtually the only company still making them), has announced its latest innovation that is being tested at the youth level and will be offered for sale in early 2013.

The Riddell InSite Impact Response System monitors, records and transmits the impact that players sustain on the field. Situated within a helmet and transmitted wirelessly, Riddell InSite allows coaches and medical personnel to view the data and determine whether a player can safely continue playing.

The wireless helmet system is based on previous Riddell helmet technologies, including the Head Impact Telemetry System (HITS) and Sideline Response System (SRS), which have been used since 2003 and have recorded nearly two million impacts in that time.

InSite works like this: When a player is hit, a five-point sensor called a player unit, located in the helmet liner, measures the impact. If the impact (or series of impacts) falls outside of an acceptable range, the sensor issues a wireless alert, which is received on a monitor by the coach or staff on the sideline. Medical personnel can then examine the player and assess his condition, determining if it’s safe for him to continue in the game.

The system is designed for use in practice as well as in games; Riddell has stated that it can be used by teams with up to 150 players.  This technology could provide coaches with a major tool in determining when players have sustained a concussion and when they must be removed from play.

Read more about this development by going to http://espn.go.com/blog/playbook/tech/post/_/id/3595/riddell-unveils-new-wireless-helmet-tech.