Nielsen said, the interview saw over 600,000 online streams with viewers live streaming from 190 countries around th 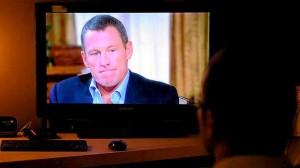 e world. Twitter saw more than 210,000 associated tweets, marking the most highly trafficked single episode of any show on the network to date.

According to Media Daily News, “Oprah’s Next Chapter” interview with Lance Armstrong attracted a broad range of advertisers – with a heavy dose of messaging for the OWN network’s shows – for the first night of a two-night interview. Pricing for national advertising in the show had been going for $12,000 for a 30-second spot previously – but, with the announcement of the Armstrong interview prices, reportedly soared to $40,000 to $50,000 for a 30-second commercial.