John Wooten is a football lifer. He entered the College Football Hall of Fame on Tuesday 56 years after he first played as a guard with the University of Colorado. Wooten was there between 1956 and 1958. He was in the National Football League with Cleveland and Washington during a 10-year career, then he had a 30-year career in the front office with Dallas, Philadelphia and the Baltimore Ravens. He left the front office in 1998, but he has not left football as he is the chairman of the Fritz Pollard Alliance Foundation. The foundation is a, for lack of a better term, a lobby group pushing for diversity in NFL coaching, front office and scouting.

Wooten knows his way around the football field and is probably very uniquely qualified to answer this question. Is football safe enough for parents to allow their children to sign them up so they can play? 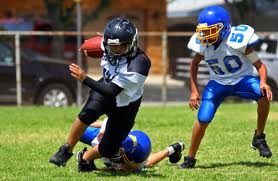 Wooten will tell you yes, but he acknowledges that football is a rough game and there could be some future consequences. Wooten is not part of the former NFL players group that is suing the league because of health issues encountered later on in life because that group believes NFL teams and medical staff withheld injury information from them.

“I really haven’t gotten into the concussions and so forth even though I know they exist and so forth,” Wooten said. “I just don’t want to jump on bandwagons and be involved in things that are not pertaining to us individually. It seems as if a lot of guys have gotten involved and they are just trying to get the aspect of money.

“The injuries, the concussions and I think the league and everybody is very, very on top of how these things have to be handled. Now they were not handled like that in our day. You know what I mean? If you got zinged or got your bell rung all those words that we used, you sort of shook it off and tried to go back out there. Now we recognize the fact that’s not the best way to do that and everything. But I do feel the league is making a concerted effort to do this thing the right way and I think it is going to work all the way to the high schools.”

The football world could be shaken by the specter of head injuries in a way that it has not seen since the days of President Theodore Roosevelt in 1905. President Roosevelt told the presidents of Harvard, Yale and Princeton to clean up the game. During the 1905 season, 19 players were killed on the field, one more fatality than the 1904 death toll. Hundreds of players were seriously injured.

There were some rules implemented which slowed down the number of fatalities but not serious injuries. The serious injuries suffered by players during their playing days have now been documented and scores of players are on Social Security Insurance or Medicare long before their 60s because the National Football League Players Association never took a look at the long-term needs of the membership and opted for “Money Now”. The players got their money but not a long-term health care package in collective bargaining.

But, athletes who received life altering injuries in all lower levels of football aren’t protected and that could be a major problem facing the industry in the very near future. Will school districts strapped for money cut programs to pay the costs of football which includes insurance or drop football. If that happens what becomes of the NFL?

“We are seeing that all the way down to pee wee league and so forth where people are saying I don’t want my son to play,” Wooten said. “Of course, a lot of players are taking that same position that they don’t want their children playing football. I think that you have to let the child decide as best he can whether he wants to do football or not.

“I would hate to see you take away from a kid that really wanted to play. We all know football is a violent game because you are hitting. But as long as you are using all of the protective means and so forth, I think you are all right to let them play. But you are absolutely right when you say this thing is moving down to where people are going to be reluctant to let the children play.”

Other school districts are running football programs but with budgetary issues at the forefront, they have been forced to ask parents for hundreds of dollars so their children can be part of the team.

“Exactly,” Wooten said. “That’s where everybody has to work together for the good of the game. That is, the insurance (companies), the medical facilities, the doctors—everybody has got to be committed that they are going to do whatever is possible to try to save the game.

“Otherwise, you can’t blame the parent for saying no; I am not going to let him play. Even though I don’t agree, you can’t blame them for saying that. You got to protect them. These concussions and head injuries and all of that. It is real. It is very real. It is proven with the study they are doing up in Massachusetts with the brain (at the Boston University School of Medicine, Center for the Study of Traumatic Encephalopathy with Chris Nowinski). He is doing a tremendous job. We are committed to that program as well.”

Wooten’s entire adult life has been wrapped around football.  “I never had a real job and that’s why I speak the way I do. I realize what football has meant to me.”

Wooten seems to have made it through and is pretty sharp. He wants to see the game grow but understands that something has to be done. But what? Many years ago, the late Hal Uplinger sat with Vince Lombardi and Tom Harmon at a bar talking about head injuries prior to the first Super Bowl in Los Angeles in January 1967. Uplinger, who spent many years producing Green Bay Packers games on CBS and was close to Lombardi, related the story that Harmon told.

Football became more dangerous when face masks were introduced in the 1950s as players felt they could use their heads as a weapon. That conversation took place nearly 46 years ago but it is just in the past few years that former players have become comfortable telling their stories and that football players committing suicide have become commonplace.