Spelman College in Atlanta is a historically black college and university for women only. It has a long and rich history as an academically rigorous school. The late Coretta Scott King is counted among its alumni. 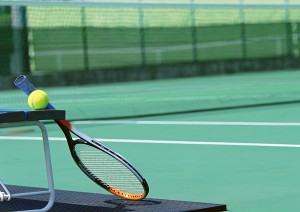 current academic year. The school, which has 2100 students, competes at the Division III level in athletics, and its overall athletic budget for this year is only about $1 million.

The school intends to dedicate the money currently spent on athletics to a campus-wide physical fitness program that will benefit all of its students and not just a few student-athletes (the school has about 80 students who compete on its various teams). Dr. Beverly Daniel Tatum, the school’s president, stated that the decision was not driven by cost considerations, but rather by the idea that a wellness program aimed at the entire student body would have a much greater positive impact on student life.

Spelman’s administrators studied the matter for some time. One of the important factors they considered was the finding that almost half of the student body has been diagnosed with high blood pressure, type-2 diabetes or obesity.

Spelman’s decision will have no real impact on the world of intercollegiate athletics. It may, however, have a ripple effect among small schools who constantly struggle to sustain athletic department budgets in an era of decreased financial support for colleges and universities.

Perhaps this somewhat bold step may cause college administrators to take another look at what the true mission of a college or university is supposed to embody. For many schools, the real benefits of fielding athletic teams may not really justify the resources devoted to them.

Read an article posted to Inside Higher Ed at http://www.insidehighered.com/news/2012/11/01/spelman-eliminates-athletics-favor-campus-wide-wellness-initiative.