The unexpected decisions taken by two political leaders on October 25, 2012, could mean that this day will be remembered as the day that affected the future of the Olympic Movement. While in Tokyo, Governor Shintaro Ishihara surprisingly resigned to form a new political party. In Rome, Silvio Berlusconi announced a surprise withdrawal from the Italian political life by choosing not to stand in the Italian general election set for April 2013. 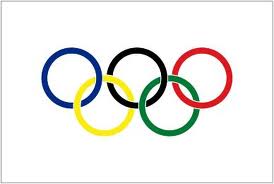 With the departure of former Prime Minister Berlusconi, there are many candidates to succeed to the leadership of PDL (the majority party). Among those is the Mayor of Rome, Gianni Alemanno, who had been the strongest supporter of the Rome 2020 Bid. The PDL, together with the alliance of the Center-Left (Democratic Party), is supporting the current Government of Mario Monti. But, it was none other than Monti who  rejected the candidature of Rome for 2020.

When two weeks ago, the Corriere dello Sport reported the announcement of Mayor Alemanno, who wants to resubmit Rome’s bid for 2024, many thought it was a joke. However, the Eternal City could really enter the race to host the Games, 64 years after the successful Games of 1960. And, this happened just nine months after the dramatic withdrawal of the 2020 Bid. This is because although the current Mayor of Rome will no longer be in office next spring (when voting will take place for the Mayor of the Italian capital), a new Mayor from the Center Left Party will certainly also look favorably on a new bid by Rome for 2024, provided that Mario Monti will not be called up again to be the head of the Government with his team of technicians.

It was on February 14 when Prime Minister Monti, who one year ago was called to replace the disgraced PM Berlusconi, made the shock announcement of Rome’s withdrawal. “Italy must now think about coping with the severe economic crisis and cannot afford an Olympics,” was the motivation of Professor Monti. Today, the Italian Premier probably thinks otherwise not only because of the positive effect of London 2012 on the growth of the domestic product in Great Britain for the third quarter by 1% (Bloomberg), but also because the Italian economic situation has been secured by the drastic pension reform and a number of financial measures. Meanwhile, Madrid still has the support of all Spain, another country in trouble in the Eurozone.

One of the reasons behind the drastic decision taken by Monti last February has a name: Barak Obama. A few days before the endorsement of the withdrawal by the Italian Government, Monti had met Obama at the White House. And, on that occasion, Obama delivered a flattering judgment on the criterion of International Olympic Committee (IOC) members, especially in relation to the shock elimination of Chicago in the 2016 race by the 2009 IOC Session in Copenhagen.

As a consequence of the withdrawal of Rome 2020, Mario Pescante announced that he would resign from the post of Vice-president of the IOC as he did in London. Ironically, he also said that Rome would have to wait until 2060, for another favorable occasion, the edition of the Centenary. Yet today, not only Mayor Alemanno, but also Pescante believes that Rome should bid again.