NBA Commissioner David Stern, often regarded as the greatest commissioner in U.S. professional sports, has set the end of his unparalleled tenure. He will retire on February 14, 2013, exactly 30 years after it began, with Deputy Commissioner Adam Silver named to succeed him.

“I decided that things are in great shape, and there’s an organization in place that will ultimately be led by Adam, that is totally prepared to take it to the next level,” Stern, 70, said at a press conference in New York after the board of governors had approved the date and the succession plan set by Stern. “I feel great. I’m enjoying my job,” Stern said. “But I’m looking forward to doing some other things. I’m stepping down, I’m not retiring.”

He added he picked his retirement date for sentimental reasons — to coincide with his anniversary as commissioner. By the time he steps down, he will have become the longest-tenured commissioner in professional sports history, surpassing Pete Rozelle, who retired as NFL 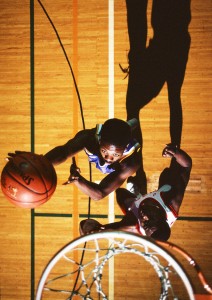 commissioner in November 1989, two months shy of 30 years. He succeeded in transforming the NBA from a fringe league whose playoffs were shown on tape delay to a $5 billion global enterprise, with games televised in 215 countries and territories. The NBA has added seven franchises since Stern became commissioner on February 1, 1984. Its television revenue has increased more than 40-fold in that time, to nearly $1.3 billion. The average player salary has grown to $5 million, from $250,000 in 1984. The league now has offices in 15 global markets.

“There is no debate that David Stern has earned his spot in the pantheon of sports commissioners,” Billy Hunter, executive director of the National Basketball Players Association, said in a statement. “Deservedly, his name and reputation will always be synonymous with the phenomenal growth and success of the NBA over the last three decades.” Stern “has set the standard, not only for the N.B.A., but for all of the sports,” said Glen Taylor, the Minnesota Timberwolves’ owner and the chairman of the league’s board of governors. Silver praised Stern as a chief executive “who turned sports leagues into brands” and “one of the great business leaders of our time.”