Researchers met September 23 at the Obesity Society’s Annual Scientific Meeting in San Antonio, Texas, to discuss programs that have been created by health experts to use new technology, such as cell phones and tablets, to help people make healthier choices.

According to Katherine Harmon, writer of an article published in the Scientific American, “At the U.C.L.A. School of Medicine, Steve Cole and his team have are working on an interactive health platform aimed to increase physical activity in adolescents.” Children carried around a small device that contains accelerometers to detect movement and a USB plug to upload the data into a computer. When the device is plugged in, it launches an online portal that children can use to check their progress. 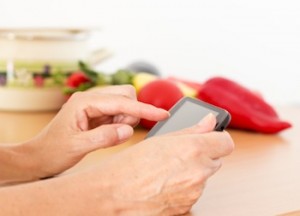 The program was tested in a six-month trial for subjects between ages 11 to 14. All participants received the device, however, the experimental half were allowed into the device’s full interactive experience.

Also noted from the meeting, adults seem more willing to accept health information delivered to them from a digital platform. Harmon explained, “Michael Lin of Johns Hopkins University is currently working on a randomized controlled trial to test a tailored text-messaging system to help residents achieve healthier weights.” Half of the participants received brief counseling on diet and nutrition, along with a pedometer. The other half received the same, but was also enrolled in a text-messaging program. The messages were timed to the individuals’ goals, challenges and schedules.

“Lin’s final research results are not yet in, but the participation and adherence so far seem promising,” Harmon said. These participants had a mean age in their 50s, and many of them had never used text messaging before enrolling.

Amber Day has previously written and done copy editing for a wide-range of publications, including the University of South Alabama’s Health System. Day works in Communications at the United States Sports Academy.