The National Hockey League’s (NHL) owners’ lockout of players is a rather fascinating multi-layered story. The NHL will not have a preseason this autumn. There is a small chance the entire schedule will not be played, and the longer the dispute goes, the more games will be canceled.

On October 1, Senators Robert Menendez and Frank Lautenberg sent letters to NHL Commissioner Gary Bettman and the Executive Director of the NHL Players’ Association Donald Fehr nudging them to hammer out a settlement. In the letter there was some mention of the economic impact that would occur in Newark if the New Jersey Devils did not host any NHL games in the foreseeable future.

The elected officials are worried that the part-time and in some cases per diem employees who take tickets or sell beer are without jobs. There is worry that local businesses around arenas that house NHL games will suffer. And while that is true, people who would have gone to hockey games are spending entertainment dollars elsewhere. 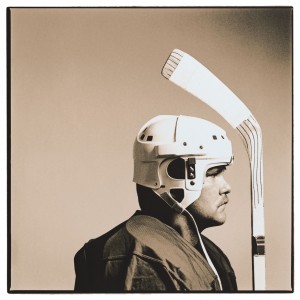 The two New Jersey senators have a hammer though. But it is a hammer never used. Since the NHL owners greatly benefit from the 1984 Cable TV Act, which saved networks like ESPN, and since there is cable TV socialism where everyone pays for basic and basic expanded and sports has a huge revenue generator, they could change the cable TV rules and implement a system where people would have the choice in what they buy instead of the all or nothing approach. That change in the 1984 Cable TV Act, if passed by Congress and signed by a president, would change the landscape of sports. But, there is no appetite on Capitol Hill to change anything about the cable TV industry.

Sports is ruled by TV money in the U.S. There are some NHL owners who own not only the multiple systems operations but cable TV networks. The New York Rangers ownership has Cablevision, and the Philadelphia Flyers ownership has Comcast. The Colorado Avalanche ownership has Altitude. The Boston Bruins ownership has about one fifth of the New England Sports Network (NESN).

There is some complaint that owners in the NHL are not interested in revenue sharing. That is not true. Dolan’s Rangers franchise is sharing TV money with the Buffalo Sabres, New Jersey Devils, and the New York Islanders by buying those franchise’s cable TV rights for significant dollars. Comcast is sharing TV dollars with every team in the league as the NBC Sports Network has the national cable TV contract in the U.S. Comcast, in addition to holding the Flyers’ cable TV rights, has the San Jose Sharks, the Chicago Blackhawks, the Washington Capitals and shows Vancouver Canucks games on the company’s Pacific northwest network. Comcast has partnerships with the Chicago Blackhawks, as well as the Jerry Reinsdorf’s Chicago Bulls and White Sox and the Chicago Cubs, in the operation of the Chicago regional sports network.

Brian Roberts’ Comcast has the NBC Sports Network up and going and the NHL is the network’s centerpiece. Roberts needs the NHL programming to fill time and get an audience. Roberts can put pressure on the league to get a deal done immediately, yet Roberts’ Flyers franchise is part of the 29 owners grouping that has locked the players out.

The cable TV monies will flow into team’s coffers even if games are not played and TV programming is not there. The NHL’s corporate partners have been mum on the lockout, and despite some talking from a few politicians, there is no pressure from elected officials to get both sides to hammer out an agreement.

Phil Anschutz’s AEG has various arena management contracts including Newark, New Jersey, where Jeffery Vanderbeek’s New Jersey Devils play. The partnerships within sports are complex and leads to the question of what really constitutes hockey revenue.

Meanwhile, players are seeking employment elsewhere. Players have a choice: they can sit out the lockout and return when the locks are taken away or go elsewhere. Many have decided that Europe is a good option and have signed contracts at probably far less money than in the NHL. But in doing so, they have taken away the ability of lesser talented players who play in Europe to make a living. To players, it is just a business as well.

The fans loyalty is something that both owners and players expect. However, many dedicated fans cannot afford to see several games in person because the cost of tickets is too high for their income level, so the dedicated fan has to budget money for their sports addiction or just watch games on TV.

The loyal fan in Edmonton is now wondering if team’s owner Daryl Katz will move the franchise if the city cannot find hundreds of millions of dollars to build a new arena with all of the revenue toys owners like luxury boxes, club seats, a mall with restaurants and concessions underneath the stands and the ability to keep up to 92 percent of building revenues with just eight percent going to pay down the taxpayers investment in the building. U.S. laws allow that, in Canada, though, the formula is different.

Quebec City and Markham, Ontario, are ready to spend hundreds of millions of loonies for an arena for entertainment. It is huge business and that is what the NHL lockout 2012 is all about. It is business, nothing personal for the fans. At some point the owners and players will come to a new agreement on a collective bargaining agreement.

Evan Weiner, the winner of the United States Sports Academy’s 2010 Ronald Reagan Media Award, is an author, radio-TV commentator and speaker on “The Politics of Sports Business.” He can be reached at evanjweiner@gmail.com. His book “The Business and Politics of Sports, Second Edition” is available at www.bickley.com and Amazon.com.