Most people don’t pay too much attention to census data.  In the U.S. the Constitution mandates that a census be done every 10 years.  People complain, mostly quietly, but the work eventually gets done.  The Census Bureau then produces numerous reports, graphs and tables that report the results.  Few people other than academics ever bother to look at the statistics from these dry reports.

However, a bit of news recent publicized about the most recent census data should be of interest to anyone who cares about sports.

A recent article in the New York Times reported that Census Bureau has confirmed that minority births have surpassed the number of white births for the first time. 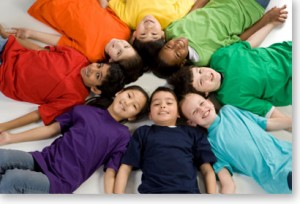 Census demographers have been predicted for several years now that the white, non-Hispanic population in this country will constitute a minority of the total population sometime between 2040 and 2050.  This recent news marks a turning point in the demographics of the U.S. population.  The fact that minorities will soon become a majority in the United States has serious implications for the economy, for politics, for social relations and for sports.

This could greatly impact colleges in the coming decades.  A college degree has become the most important component of success in today’s economy.  Yet blacks and Latinos lag far behind whites in the rate at which they graduate from college.

Fewer than 10% of major league baseball players today are black. Will a declining white population impact baseball, as well as other historically “white sports” such as golf, tennis, soccer, lacrosse and hockey?

Most major college athletic programs today are administered by white males. What are the implications for college sports 40 years from now when the pool of white males will become much smaller proportionately?

A majority of National Basketball Association (NBA) teams are said to lose money.  Well over 60 percent of NBA players today are black.  There are those who believe that revenues are static for NBA teams because many whites do not attend games or watch them on TV.  In 40 years when whites are in the minority in this country will the NBA prosper?

Given the relatively low educational levels of the black and Hispanic population in the U.S. today are we looking at a crisis of leadership in two generations?

Let’s be frank. People are uncomfortable talking about these kinds of issues and you may be upset if you’ve read this far. But it would behoove all of us to establish a dialogue on what appears to be inevitable in this country.  Future generations can’t afford to have the current generation refuse to address these issues.  Sport in particular is tied to economic growth.  The single biggest challenge to longterm economic growth in the U.S. could well involve this demographic shift.