Colleges and universities, and by association their athletic departments, have been under increasing financial pressure over the last decade.   Some have cut some sports completely or have forced them to club status.   There is no higher profile example of the problem than that of Clemson University, which recently cut its varsity men’s track and field program.  Note:  That program had annual operating loss of ~$1 million per year, compared to Dabo Swinney’s $8 million+ annual salary.

The COVID-19 pandemic has of course exasperated the issue, with many schools forced to cancel the sports season entirely, reduce the number of games played, and/or drastically restrict how and when those games can be played.  But, surprising to many, all but the very top collegiate athletic departments operate in the red in the best of circumstances. And, even those at the top will likely lose money in 2020 and 2021 due to the pandemic.

The kneejerk response to the budget pressures has been to cut varsity programs, typically men’s programs in order to maintain Title IX compliance.  But, are there better solutions at hand?  More particularly, are there better long-term solutions that can create more sustainability and accessibility in college athletics, while maintaining the value and appeal of college sports?  The answer may require thinking outside of the box, leveraging technology, and working without the confines of the NCAA model.  Virtual or simulation sports could be part of the solution.

What are virtual or simulation (SIM) sports?

Contrast these virtual or SIM sports with pure esports competitions, such as those based on the Madden or NBA 2K video game series, the popular Fortnite first-person-shooter game, or even Rocket League, a soccer-like video game that uses vehicles to strike and score on a virtual field.  While these types of esports constitute a growing and important part of the overall sports industry, they don’t necessarily require the skills or fitness of a real sport.

Virtual sports are exploding in popularity because, all things considered, they are much more accessible and much less costly than their real sport equivalents.   The absence of real sport during the pandemic has of course also fueled the growth of virtual sports.

The Value to Colleges and Universities

Virtual sports are not a replacement for real sports any more than virtual classes are a replacement for live, in-person instruction.  But, they can complement and supplement collegiate sports programs, perhaps necessarily so, in these changing times.

Cost is the primary driver.  Consider simulation golf as one example. SIM golf hardware can cost as little as $500 or less and can connect to a standard PC or Mac.  A single unit might support several golfers who can virtually play courses all over the world at no additional costs, minus any registration fees for sanctioned competitions.  Contrast that with expensive green fees (for practice and competition), travel costs, and significantly greater time investment that takes students away from class, study, and other activities.

Cycling can be another expensive sport.  Race-worthy bikes are a costly upfront purchase, and they can be very expensive to maintain.  Getting to races can often require extensive travel with the associated costs.  And, with live cycling safety is an important consideration.   Riding on roads with motor vehicle traffic creates a liability that has to be managed, as does riding on trails.

Virtual cycling, with training and competition managed by platforms, such as Zwift and RGT, can be accomplished with basic spin bikes equipped with “power meters” for as little as $500 per bike.  Complete “smart bikes” can be acquired for less than $2,000 per bike.  Such bikes can be used by multiple riders over a period of years with minimal maintenance, and the same bikes can be made available to men and women, addressing Title IX concerns inherently.

Riding and racing virtual courses means no travel to races and no exposure to cars.  Virtual riding is not impacted by bad or inhospitable weather, and training sessions can be scheduled at more convenient times, including after dark.   The features, scope, and depth of the latest virtual cycling platforms create a meaningful, analogous (to the real sport), and very fun competitive experience.  The examples hold true in other virtual sports, such as indoor rowing and especially SIM motorsports.

Most relevant today, virtual sports competitions can take place safely during a pandemic.   With new strains of COVID already identified (and more expected), it is possible that college administrators may have to be prepared on short notice to revert to virtual learning strategies.   Those schools that maintain a virtual sports program may hold a recruiting and retention advantage when it comes to those students who demand more than just virtual lectures during lockdown periods.

A virtual option can make sports more accessible to schools that might not otherwise have them.  Some schools may not have the resources to maintain their existing programs, let alone add new sports.  For other schools accessibility is not only about money.  Norms, traditions, or perceived social or racial barriers may also present obstacles.  The obstacles may be both within the student body or institution, as well as within the real sports themselves, from those who don’t see predominantly white sports as being open to others.

For example, as of early 2020, out of the approximately 100 historically black colleges and universities (HBCUs) in the country, none had USA Cycling-registered collegiate teams or clubs.  (Saint Augustine’s University in Raleigh, NC, since launched the first HBCU program in the spring of 2020.)  Currently, no HBCUs have rowing programs (though at least a couple of schools are reported to have teams under development.)  Only about one quarter of HBCUs have golf teams.

On the virtual field of play, race and gender of the competitors may not even be known to others, perhaps lowering the anxiety and inhibitions associated with trying something new that goes against tradition or norm.  There is also less fear by the novice of performing poorly in that virtual venue, providing an environment where more student athletes are apt to try a new sport.

The Bridge to Real Sports

Virtual sports should not be thought of or positioned as a replacement for the real sport alternative.  In fact, virtual sports can have just the opposite effect.  They can increase and enhance participation in their real sport counterparts.  A cycling component of a virtual sports program could certainly spawn new collegiate cycling teams. The same is true for any virtual sport.

The cost and accessibility advantages inherent to virtual sports give more student athletes the chance to experience and learn various aspects of the sport, including proper technique, rules, etiquette, and best training practices, before ever stepping foot into a live venue.   And, those athletes are provided an efficient, safe, and less costly way to figure out what they might like and not like.

Even so, a virtual sports program might not find its best fit in the typical college athletic department.  In addition to being cash-strapped, most athletic departments are inundated with the responsibilities of student-athlete management, scheduling, recruiting, and last but not least, NCAA compliance. Most may not be willing or able to take on the endeavor.  Virtual sports are not managed by the NCAA, and they do not need to be subjected to those burdensome requirements.

Virtual sports, as well as esports, are often spectator and broadcast friendly out-of-the-box.   Competitions may be broadcast through any number of streaming platforms, such as Twitch, Facebook Live, or YouTube.  Many gaming/virtual sports platforms offer spectator views (rather than just first-person views typical in a video game) that enable the broadcaster to focus on specific competitors, show drone or helicopter views, or even hop in the cockpit with the athletes.  Compared to broadcasting live sports, streaming virtual sports can be accomplished for next to zero cost and offer schools and leagues a way to easily monetize content through sponsorship, advertising, and subscription sales.

What Do the Schools Say?

A short survey was distributed to dozens of students, faculty, and administrators at various colleges of different types throughout the United States in January 2021.   The goal of the survey was to determine the overall interest in virtual sports at the respondents’ schools, as well as to provide some baseline assessment of which schools might benefit most from a virtual sports program.  Approximately half of the respondents were students.  Seventy-five percent of respondents were from small- to mid-sized colleges.  The remainder were from NCAA Division 1 schools. The survey yielded the following:

This question was deemed especially important:

Considering that virtual sports are less expensive, require no travel, and are easily sustainable, do you believe your school would be interested in a virtual sports program that may include one or more of the following: virtual cycling, virtual rowing, SIM golf, and/or SIM motorsports?

While not an exhaustive survey, the results demonstrate the continuing impact on sports programs from both budget cuts and the ongoing pandemic.  They also suggest virtual sports as both a possible and desired solution to the problem.  Further, the survey results indicate that existing college sports, such as rowing, cycling, and golf, might be able to leverage virtual sports to increase overall participation and growth.

There are some early stage efforts to begin to more formally organize collegiate  virtual sports.   One such effort is being led by the National Collegiate Virtual Sports Association (NCVSA.org) whose stated mission is:

Other governing bodies have stepped into collegiate virtual sports in some capacity as well.   USA Cycling held a collegiate virtual cycling competition on the RGT platform in the Fall of 2020.    The American Collegiate Rowing Association (ACRA) is planning virtual rowing competition in the Spring of 2021. Multiple governing bodies in motorsports have also formally embraced SIM racing as part of their competitive models.  More coordination and cooperation between various organizing bodies is expected as virtual sports mature.

Virtual and simulation sports certainly are not a “holy grail” solution to the multitude of problems facing collegiate athletics.  But, they can provide a viable method to introduce new sports at some schools, allow options to compete during periods that require social distancing, create more sustainability in college sports, and bridge the “real” sport and esports divide.   As technology advances and budget woes continue in college athletics, more discussion of virtual and simulation sports as an alternative or supplement should be expected.

Dr. Mark Janas is a competitive cyclist and the Founder of In3 Investments, LLC, a technology and business development firm based in Raleigh, N.C. with holdings in sport-related businesses, including RevoRace.com.  He teaches in the sport management program at Saint Augustine’s University, where he also serves as the Head Coach of the cycling team. Janas received his doctorate in sports management from the United States Sports Academy and sits on the Advisory Board of the National Collegiate Virtual Sports Association (NCVSA.org.)

Esport or Esports, Which Word Do I Use? 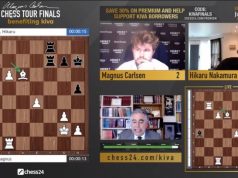 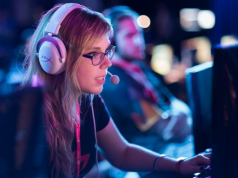 US Representative Katko Urges Biden to Order Boycott of Beijing 2022

IOC to Encourage Development of Virtual Sports as Part of Olympic...

Armour: As Biles Pushes Limits of Gymnastics, Gymnastics May Push Back...