I was sitting at my desk a while back, after an especially intense morning training session, and a sudden and quite painful muscle cramp in my calf made me literally jump out of my seat with the speed and enthusiasm with which I was surprised to find I still possessed. Having experienced these in the past, I immediately commenced stretching and massaging the knotted muscle. Finally the pain abated and after considerably more palliative measures – more stretching, massaging, fluids, mumbling and such, I was able to get back to work but not without some concern – was another ‘attack’ imminent?

Exercise-associated muscle cramps (EAMC) are a common physiologic disorder experienced by many involved in sport and exercise even, and maybe especially, for us ‘Senior Athletes’ training for, among other things, the Senior Games or even simply to maintain our current health and fitness – push back on the inexorable aging curve. EAMC tends to surface when one is increasing the frequency, intensity and/or duration of their workout or changing workouts such as adding new exercises, skills or techniques at a higher intensity than warranted for such ‘new’ movements; as you would expect maximal effort events and personal bests can precipitate EAMC.

Most of us are all too familiar with the symptoms which are typically characterized as a sudden, painful, involuntary contraction of one or more muscle groups coupled with a noticeable bulging or knotting of the muscle during or within hours of exercise or activity. The post-exercise period in particular presents a physiologic window of vulnerability especially it seems when the muscle is already in a shortened state such as contracting the calf or hamstrings while sitting or lying down. Too be clear, severe muscle cramps can cause considerable residual soreness that can last for several days and possibly even damage your muscle tissue. At the very least, it will most definitely get your attention!

Etiology: Traditionally the prevailing theory has been that EAMC was caused by factors associated with exercise in hot and humid environments – a dehydration/electrolyte imbalance issue (e.g., low sodium, potassium, calcium and/or magnesium). However, that has been driven more by consensus experience and not so much on experimental evidence. The dehydration–electrolyte imbalance theory does not, however, explain EAMC in athletes exercising indoors under temperature-controlled conditions. Further confounding this theory, stretching the affected muscle almost immediately alleviates EAMC and yet has no effect on the fluid/electrolyte balance in the body. More recently, the ‘altered neuromuscular control theory’ has been proposed to be a major cause of EAMC and is largely related to neuromuscular fatigue which in turn may elicit an imbalance between stimulatory impulses from muscle spindles with inhibitory impulses from the Golgi tendon organs (GTOs). As compelling as both of these theories are, what is increasingly obvious is that the etiology of EAMC is multifactorial, that risk factors vary between and within individuals, fluctuating over time with age, and as environmental and/or physiological conditions change. Some athletes are simply more susceptible, e.g., males more so than females, older men more than younger and EAMC thresholds vary between and within individuals such that the degree of neuromuscular fatigue (threshold) needed to stimulate muscle cramps is decidedly individual and situation specific. Just to further emphasize the complexity of this pathology, it is also likely that the EAMC associated with endurance exercise has a completely disparate etiology than that associated with sprinting and weightlifting.

Treatment though is almost universally the same. The immediate treatment for acute EAMC should focus on moderate passive/static stretching of the affected muscle. Stretching does in fact have a physiologic basis for its success as it increases the tension in the muscle’s tendon, activating the GTO and inhibiting the (contractile) motor neuron and the muscle spindle stretch reflex alluded to earlier. So if it develops in the calf for example, lean forward (heel on the ground) against the wall and perform a mild static calf stretch gradually increasing the stretch as tolerable (do not plantarflex or point the toes which will exacerbate the problem). Also, relax and massage the muscle, e.g., try relaxing the affected muscle by applying acupressure – a type of massage that uses mainly the fingers and palms to work specific trigger points. Of course, hydration and electrolyte replenishment is always a good idea as well especially if the exercise was performed in high heat and humidity.

Prevention: To prevent further events, you should follow up with a lifestyle, activity and medical history to determine any conditions that may have precipitated EAMC and identify one’s personal vulnerabilities – try to identify your unique risk factors and target these with appropriate interventions. By better understanding personal risk factors that lead to EAMC development, you can develop an individualized prevention strategy. A long term, daily stretching plan is also an important strategy for further prevention of EAMC with a particular focus on the muscles affected such as (for me) the calves and hamstrings, and it’s working!

Despite the surprising paucity of experimental evidence, maintaining hydration and adequate electrolyte levels is always a good long term prevention strategy for individuals susceptible to EAMC and are part and parcel of any good exercise and athletic plan for peak performance. In fact, to prevent or at least minimize future EAMC, the most logical first step is to get your nutrition and hydration right for peak performance and physiologic balance. Equally as important, review your training program. Make sure to use proper form when training to prevent overusing certain neuromuscular pathways and those not typically challenged. While overload is a fundamental tenet of training it should not be excessive but rather subtle increases in intensity, duration and/or volume – not dramatic changes. Make sure you’re building duration and intensity slowly, progressively and systematically and to include competition effort based workouts when appropriate, i.e., when physiologically ready for those intensities and always coupled with equal and sufficient recovery strategies. It takes time to supercompensate and build adaptations into your physiology as well as prevent EAMC. 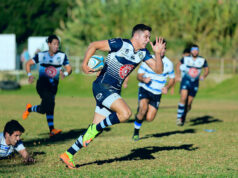 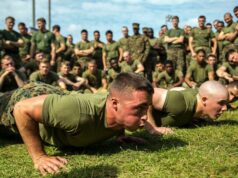