The National Basketball Association season opens and the league is attempting to cut down on teams resting their stars by elongating the regular season and having teams play less back to back games in different cities. LeBron James, who people do come out to see, has missed games for maintenance reasons. The league seems to be in good shape if paying players more than $40 million a year is any indication of financial health.

The league is cashing big cable TV paychecks from the Walt Disney Company and whoever owns Turner Sports during the life of the present TV deal.  But all is seemingly not that well as nearly half of the NBA’s 30 teams lost money during the 2016-17 season.

NBA teams fixed costs are players contracts which fit under a salary cap. But everything else is uncapped and that is where teams losing money have to scramble. The costs include what to pay the head coach and the general managers. How much money should be allocated to assistant coaches, scouts, trainers, promotional people and public relations staff?

Allegedly Milwaukee, Memphis, Atlanta, Charlotte, Sacramento, Orlando, Brooklyn, Indiana, New Orleans, Detroit, Phoenix, Minnesota, Portland and Washington were money losers.  Revenue sharing has helped slightly but not enough. The remarkable aspect of all of this is the fact that the league should be flush in money. The national cable TV deals bring in billions, many teams have sweetheart leases with municipalities which under the right set of circumstances can net an owner 92 cents out of every dollar generated inside an arena along with the parking lot. Some team owners get paid to keep their teams in a city.

There could be one temporary fix for teams losing money. Expansion. It would seem the NBA would expand and charge a billion dollars for the team, a billion dollars which would be shared 30 ways among the owners. It’s all about money.

By Evan Weiner For The Politics Of Sports Business 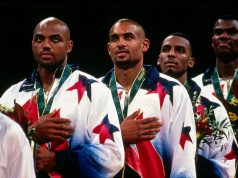 Wimbledon 2020 Canceled Because of Coronavirus Pandemic

Armour: Putting Athletes at Risk to Entertain us During Lockdown is...