Last Wednesday there were two separate and seemingly unrelated National Hockey League arena stories, one concerning New York, the other in Seattle.

The New York story came from Toronto-based reporter Bob McKenzie saying he soon expected some clarity in the New York Islanders arena situation. McKenzie said all signs are pointing to an arena to be built on the Belmont racetrack site.

Seattle city officials have received arena renovation plans and two have NHL ties. Phil Anschutz’s AEG, an entity that owns the Los Angeles Kings and the LA arena along with numerous other sports properties would like to get the renovation rights. The other bidder is the Oak View Group which is headed by Tim Leiweke, who used to run Anschutz’s sports business and Eagles manager Irving Azoff, who is a music promoter, and more importantly, he is also a partner with Madison Square Garden owner James Dolan. Oak View also brought in Boston Bruins owner Jeremy Jacobs as a Seattle partner to run concessions. Jacobs is one of the most influential owners in hockey. Seattle would be a prime NHL expansion site.

The Islanders-Brooklyn arena lease was signed by different owners in 2010 and will be revisited sometime in 2018. The Islanders new ownership group has looked at Willets Point, where Major League Baseball’s Mets play and Belmont, which is a New York State property and requires almost no public input in terms of development plans. The Islanders ownership has picked up Mets owner Fred Wilpon to help with an arena project. AEG is partners in the Brooklyn arena and the Islanders former home, the recently reopened Nassau Coliseum. The hockey team is not returning home. Dolan lost out in the bidding to take over the Nassau Coliseum to the Brooklyn arena owners.

Some intriguing times ahead and it’s all part of the sports experience.

By Evan Weiner For The Politics Of Sports Business 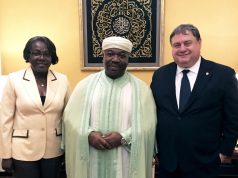