The first record to fall came in the women’s F12 javelin throw event as home favourite Yuping Zhao produced a throw of 42.73 metres in the fourth round of the competition.

It proved enough for the World Championship bronze medallist to claim victry and surpass the previous record mark of 42.66m, set by Russia’s Anna Kulinich-Sorokina in Doha last October.

The Chinese quartet of Guohua Zhou, Juntingxian Jia, Daqing Zhu and Cuiqing Liu earned the final world record of the day, with the T11 to T13 women’s 4x100m relay team clocking 48.33, to shave 0.16 off their own mark. 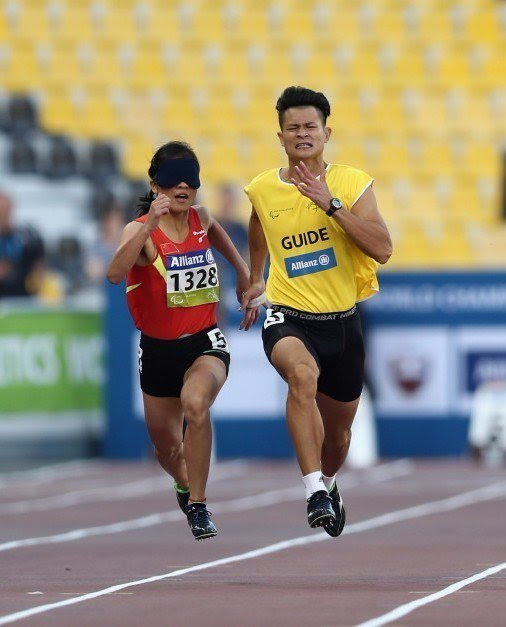 Her effort proved to be the fastest time recorded in the event since August 2007 when Brazil’s Terezinha Guilhermina set the world record of 56.14.

Ashraf produced a strong display over the longer distance as he crossed the finishing line in a winning time of 4min 24.90sec in the event for T20, T28 and T47 competitors.

The battle of the Japanese team-mates Yusuke Terada and Yuhei Yasuno in the men’s T33/T34 400m saw the former come out on top, with Terada ending eight seconds clear in 1:21.04.

Uzbekistan’s Nozimakhon Kayumova and Aleksandr Svechnikov continued to star in the F13 discus competitions, as the pair proved able to extend their world leading marks this season.

Kayumova launched the discus out to 43.31m in the women’s competition to secure top sport on the podium and Svechnikov produced an effort of 62.43m to continue his dominance of the men’s competition.

More than 200 athletes are representing 21 countries in Beijing at the fifth stage of the 10-event Grand Prix.

Competition is scheduled to continue tomorrow, before drawing to a close on Sunday (April 24).