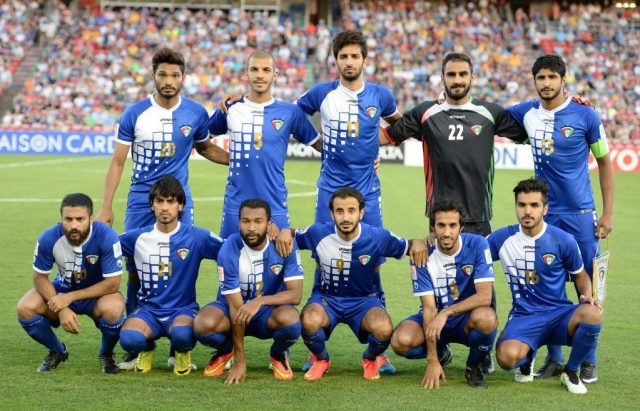 A delegation from Kuwait Football Clubs have been lobbying FIFA’s Member Associations in an attempt to get their country’s Football Association reinstated from a ban from world football’s governing body which they claim has been “killing” the sport in the nation.

Since the ban, the Kuwaiti team have had to forfeit three World Cup qualifying matches – against Myanmar, Laos and South Korea – and they were also denied a vote in the FIFA Presidential Election at an Extraordinary Congress in Zurich in February.

They were not allowed to cast their choice in the race for the Presidency, eventually won by former UEFA general secretary Gianni Infantino, after the governing body opted to defer a ballot on their admittance into FIFA until this week’s Congress here.

The Kuwait Football Clubs, led by Saad Al-Houti, who played for his nation at the 1982 World Cup in Spain, have been trying to persuade the electorate to vote in their favour.

Al-Houti said the main reason for their visit was to educate FIFA’s members about their situation as the group he heads believe the wrong side of the story has been told.

The group has been heavily critical of the KFA for failing to battle the suspension, with suggestions claiming they are in favour of the ban due to a political agenda and that they are not representing the interests of football in the nation.

The delegation have also blasted the negative influence of Sheikh Ahmad Al-Fahad Al-Sabah, a member of FIFA’s ruling council and whose brother Sheikh Talal Al-Fahad Al Sabah is the head of the KFA.

They describe the ban from world football’s governing body, which prevents them from participating in international competitions, as “unfair” and an “injustice”. “With Kuwait missing out on opportunities to be part of the 2018 World Cup as well as being banned from all international competitions, football in the country is dying,” said Al-Houti, who added he feels “confident” the suspension will be lifted.

“We don’t understand the reason behind it.”

Kuwaiti Member of Parliament Abdullah Al-Mayouf, also a former member of the Kuwaiti national team and who has traveled here to help their cause, claims there is “no technical reason” for the suspension and believes it is a “political arm to make prejudice to our country”.

“It is nothing to do with the sport itself – it is a political matter,” he said.

“They [the KFA] are letting it happen and are in favour of the sanctions being in place.

“They are doing nothing and that obliges us to move – we want to fight and we won’t stop until the sanctions are gone.”

The group have published a pamphlet detailing the issues they face – entitled A Call For Fair Play: Lift the Suspension of Kuwait Football – which includes a signed letter from 11 clubs in the country sent to FIFA.

“The KFA has noted that some individuals from outside the football family have been speaking and sending phone messages to the media and to FIFA members, claiming to represent Kuwait’s delegation and football family.

“These individuals do not have the authority to do so and the KFA is not responsible for, and does not support, their behavior or views.”

FIFA opted to suspend the KFA following a controversial Sports Law as it was claimed that it threatens the autonomy of the KFA, the Kuwait Olympic Committee and all other National Federations.

The membership of the Football Association of Indonesia is also on the agenda tomorrow, along with the Benin Football Federation, who were banned by the FIFA Council during its first-ever meeting earlier this week “due to a recent injunction by a local judicial court which impeded the holding of the due election”.