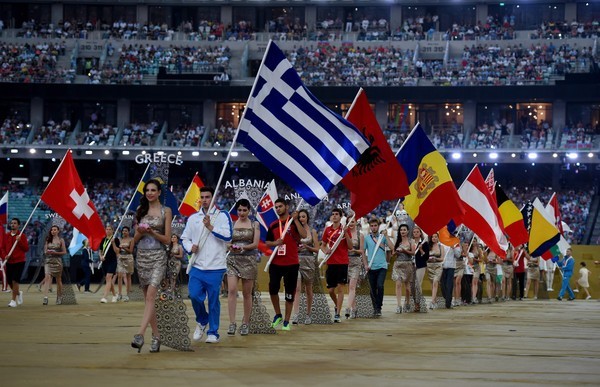 A decision on whether or not Russia will be awarded the 2019 European Games will be guided by whatever decision the International Olympic Committee (IOC) take following claims that the country were involved in systematic doping at Sochi 2014. There is growing pressure on IOC President Thomas Bach to take action against Russia after Grigory Rodchenkov, head of the World Anti-Doping Agency (WADA)-accredited laboratory in Moscow, told the New York Times he developed a system that helped at least 15 Russians win medals at Sochi 2014 without them being detected.

Russia’s track and field athletes are already banned from international competition following allegations in a report published in the WADA Independent Commission that they were involved in state-supported doping.

Patrick Hickey, President of the European Olympic Committees (EOC), had announced last November that Russia was the preferred option to host the second edition of the Games which made their debut last year in Baku.

“We are standing by that decision,” Hickey told insidethegames following a meeting of the EOC’s Executive Committee at this Spanish resort here today.

“I know we will get criticism but I’m used to that because we got the same with Azerbaijan.

“I will follow whatever guidance we receive from Thomas Bach and the IOC and we will make a decision when we have all the facts.”

The EOC and Russian Olympic Committee (ROC) have been discussing holding the European Games since last June when the original choice, The Netherlands, withdrew due to lack of Government support.

Under plans proposed by the ROC, the European Games would be staged jointly between Sochi and Kazan, which hosted the 2013 Summer Universiade and last year’s World Aquatic Championships.

Russian Sports Minister Vitaly Mutko claimed last month that the country was to busy to host to any more events until 2020 following the 2018 FIFA World Cup.

Hickey, however, has insisted they have the agreement of the ROC to stage the European Games.

Hickey claimed that the EOC’s Executive Committee, which includes Britain’s International Association of Athletics Federations President Sebastian Coe, all supported the plan to take the event to Russia.

“We are taking precautions and talking to other cities and countries,” said Hickey.

“But Russia is a very important member of the Olympic Movement and a good partner and friend who we are not going to just jettison.”