NBA basketball is wildly popular in China. An estimated 100 million fans there watch professional basketball league games regularly. Clubs regularly play exhibition games there. Earlier this week, it was revealed Yao Ming will become the first Chinese citizen to enter the NBA Hall of Fame. Now, college basketball is trying to get in on the Chinese action.

For the first time this weekend, the NCAA men’s basketball Final Four will be broadcast in China, as well as in India. The games between the Oklahoma Sooners and Villanova Wildcats,followed by the North Carolina Tar Heels and Syracuse Orange, will be shown by ESPN, which owns the rights to broadcast NCAA tournament games outside the United States. They’ll stream on Chinese digital giant Tencent, the first time China will have nationwide coverage of the tournament. 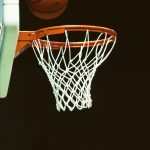 It’s the latest effort by the NCAA to break into the basketball-mad Chinese market. Washington and Texas opened the college basketball season in Shanghai last year — the first regular season NCAA hoops game every played there. There are now more than 500 foreign players on Division 1 basketball rosters this year, up 33 percent from five years ago. Australian Ben Simmons, whom many expect to go high in the NBA draft, was one of the most high-profile college players this season.

And there’s growing evidence the NCAA tournament is gaining popularity abroad. According to USA Today, the number of people filling in tournament brackets from outside of the United States is up 81 percent from three years ago.

But for any sport, thriving in China is the ultimate prize. NBA Commissioner Adam Silver has said, “Nothing can be No. 1 at anything in the world unless it is No. 1 in China.” The NFL plans to play a game there as early as 2018. Even the NHL has made efforts to win Chinese fans, with the New York Islanders and Toronto Maple Leafs engaged in programs to build hockey there.

Whether college basketball can succeed in China and India remains to be seen. Even here in the U.S. it’s largely a niche sports until March Madness comes around. But with 1.4 billion potential Chinese fans, and 1.3 billion Indian ones, the NCAA would be foolish not to try.

David Francis permission to repost  NCAA Basketball Is Trying to Break Into the Chinese Market from foreignpolicy.com