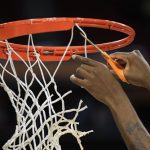 Ethical Dilemmas in Collegiate Athletics: The Role of Coaches and the...