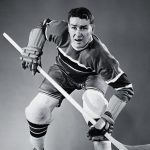 But there may be a clue out of Calgary as to why the NHL is dragging its feet in expanding to Quebec City as the league tries to figure out if it should nix expansion or go to just Las Vegas or to Las Vegas and Quebec City. The Calgary Flames ownership is not raising ticket prices in 2016-17 and the reason for that is simple, the Canadian economy has tanked in the past year with slumping oil prices forcing the loonie to the 68 or 69 cents range in trade with the US dollar. Calgary businesses may not be able to justify spending big loonies for hockey while cutting jobs at companies. The Canadian dollar is up to 75 cents US and oil prices are up but the Canadian economy is very tied to oil and that’s a huge problem and that probably has slowed the expansion process down. There is also the question whether NHL owners want another very small market, Quebec City in the league. Everyone knows there are hockey fans in Quebec City but when Marcel Aubut sold his Nordiques franchise to Denver interests in 1995, ticket prices were a fraction of what 2016 tickets cost. Aubut never got a new arena in Quebec City, there is a new building today but major league sports owners want customers not fans in the building and there is a real question about how many customers there are in a government town like Quebec City.
Customers matter.
I’m Evan Weiner for The Politics of Sports Business.
This article was republished with permission from the author, Evan Weiner. The original article was published on www.sportstalkflorida.com and can be viewed by clicking here.

No Valentine’s Gift Exchange Happening Between MLB Owners and Players

Athletics Development and Fundraising Amidst the Pandemic and Beyond

Is the FIFA and EA Sports Partnership in Trouble?