The Attorney General of Texas Ken Paxton recently issued an opinion, non-binding but very persuasive, that fantasy sports is a game of chance and could be illegal under Texas law. Similar actions in New York State, Illinois, Nevada, and Florida challenge the legitimacy of online gambling in fantasy sports. Mark Cuban, well-known owner of the Dallas Mavericks, defended fantasy sports betting and spoke before the Fantasy Sports Trade Association on the role of gambling and fantasy sports, including daily fantasy sports varieties offered by DraftKings/FanDuel. Is it a game of skill or chance? The showdown on fantasy sports is coming into focus in Texas. 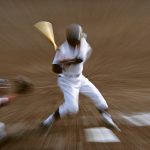 ‘Sports gambling’ can be defined broadly to include a range of behaviors from betting on sports to participation in fantasy leagues. This definition is much broader than other definitions that focus only on betting. Three branches of scholarly literature on sports gambling are identified: economic aspects, policy implications, and consumer behavior. Recent scholarship goes beyond questions of the alleged pathological impacts of sport betting into a model called ‘social gambling.’ For example, one recent study sampled 2500 fantasy sports consumers (Mahan, 2012) with survey questions including degree of team identification, participation in gambling and fantasy sport, income, spending on sport, and enjoyment. The results provided a strong link between sport betting, fantasy sports, and sport engagement. Additionally, an interesting finding was the amount of money placed into sports betting did not matter:  large gamblers were no more engaged than token gamblers.

The article Legal and Corruption Issues in Sports Gambling (Rodenberg, & Kaburakis, 2013) appeared in the Journal of Legal Aspects of Sport with the purpose of detailing the Professional and Amateur Sports Protection Act’s (PASPA) interactions with other federal and state laws on sport gambling. The authors surveyed 100 years of legislation and litigation on sport gambling and explained many technology and integrity issues in this area (Rodenberg, 2013). PASPA was signed into law by President Bush in 1992 after being championed by former NBA player Senator Bill Bradly who was concerned about corruption in sports. The new law prohibited sport gambling because of worries it was undermining public confidence in the character of both professional and amateur sport. The authors showed how PASPA interacts with other sport gambling laws such as the Wire Act, Illegal Gambling Business Act, and Unlawful Internet Gambling Act (UIGEA). Specifically, the UIGEA prevents financial institutions’ facilitation of the transfer of funds for internet gambling, with huge exceptions granted to fantasy sports and horse betting (Rodenberg, 2013). Armed with UIGEA and PASPA the Department of Justice shut down ten internet-based sports gambling sites on ‘Blue Monday’ (May 23, 2011).

At the state level, there are various approaches to regulation based on the rubric of ‘skill v. luck’ in determining what is gambling and what amusement, but all states are looking more closely at the issue because it is so pervasive now. For example, with the rise of the internet in the last ten years more online sport gambling associated with luck developed: the total elimination of geographic constraints of legal sports betting, the emergence of in-game live betting, growth in the volume and liquidity of the betting, and a wider variety of ‘proposition’ or ‘novelty’ bets that are not just about the game’s outcome – such as the first goal or longest penalty in a game for example.

Finally, recognizing the changing attitudes of sport leagues to sport betting is important. The league with the strongest anti-gambling culture and rules is MLB. In contrast, both the NFL and NBA have quietly aligned themselves with fantasy and traditional sport betting more and more. For example, the NFL now allows gambling advertisement in stadiums. The NHL is actually a major investor in online fantasy sports in hockey. Even collegiate sports attitudes have changed recently and the PAC-12 signed a multi-year agreement with MGM Grand Casino in Las Vegas for the championship basketball tournament.

The showdown may focus on Texas in the months to come but the entire nation will be faced with answering ethical and legal issues on fantasy sports.

Dr. Robert Hudson, Associate Professor, is the Library Director and Archivist at the United States Sports Academy. He can be reached at rhudson@ussa.edu.

No Valentine’s Gift Exchange Happening Between MLB Owners and Players

Athletics Development and Fundraising Amidst the Pandemic and Beyond

Is the FIFA and EA Sports Partnership in Trouble?